Sitting at the head of the Douglas Channel near the north coast of B.C., Kitimat is a community with gorgeous views, plenty of wildlife and many stories to tell about its industrial roots. Policy analyst Shafak Sajid and communications manager Jamie Gradon recently spent several days in the area doing fieldwork for an upcoming research report on public confidence in energy regulators. Ever since it was named as the proposed terminus of Enbridge’s Northern Gateway pipeline, Kitimat has seen its share of public attention. But, from oolichan (a smelt fish found in the region) to an aluminum smelter, there’s much more to Kitimat’s story.

Jamie: Shafak, we spent some pretty incredible days exploring the Kitimat area and meeting with residents. What’s something new you learned about the area by visiting it that you didn’t know before?

Shafak: You know, you sit behind a desk and read all you can about a community, but actually going there and meeting people and understanding their perspectives brings so much nuanced learning. When we first drove into Kitimat, I was awestruck by the breathtaking views. After spending a few days there, talking to people and learning the history, I understood how truly unique this community is.

Did you know
“Kitamaat,” in Tsimshian, means “people of the snow”. But the Haisla name for Kitamaat Village is “Tsee-Motsa”, meaning Snag Beach

With gorgeous views of the mountains and Douglas Channel, Kitimat was carved out of the wilderness in the 1950s to build the Alcan (Aluminum Company of Canada) aluminum smelter. As British Columbia’s first planned community, the town was built on industrial development. For me, the juxtaposition of whale watching on the Douglas Channel while the sun was setting over the smelter plant crystalized Kitimat as a marvel of natural beauty and industrial development. Don’t you agree?

Jamie: Completely! The first thing that hit me as well was the stunning view – the river and the nearby ocean channels, the forests and the mountain peaks gave some incredible sights of wild Canadian nature. Then as we spent more time there, the planned nature of the community and its industrial character became really tangible. Also a unique feeling – there’s just one highway in and out of Kitimat, Highway 37.

Alcan brought in “renowned American planner” Clarence Stein to design the planned community for the incoming workforce. The plant opened in 1954, and His Royal Highness Prince Philip, Duke of Edinburgh, tapped the first ingot.

One pleasant experience for me was that so many people there were so keen for us to discover the “hidden gems” of Kitimat. Which made for some great after-work hikes for us, including the amazing viewpoint at the end of North Cove Trail. In Kitimat itself, the local waterfront spot was Hospital Beach, which is a site near the smelter on the industrial side of town. Haisla Nation’s Kitamaat Village had a few more locations to walk along the channel, and of course the views were fantastic. 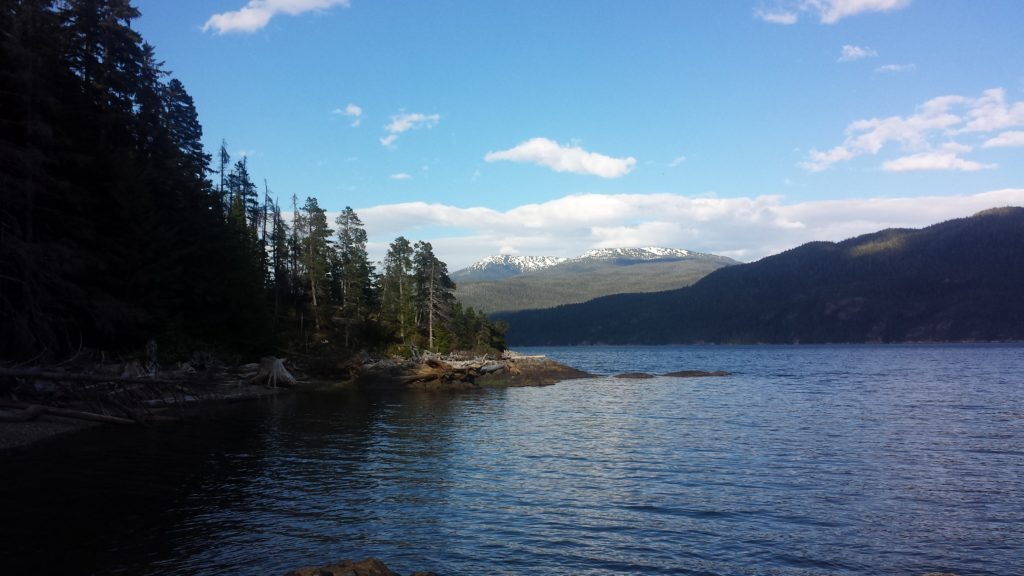 Did you have any favourite hidden gems?

Shafak: Walking through Kitamaat Village when we were invited to take a look at a massive totem pole in a wooded area was one of my favorite moments. We also had the chance later to learn about another totem pole repatriated to Haisla. The culture and history of the village and the Haisla Nation was a lens into the area’s fascinating history.

The Haisla people have occupied lands for over 9000 years. In 1918, an influenza pandemic dramatically reduced the Haisla population and wiped out the Wolf and Frog clans. The Haisla community recovered and continues to evolve. Today, there are about 1700 Haisla, half of whom live in Kitamaat Village.

Na’Na’Kila helped bring about the repatriation of a Haisla totem pole that was missing for more than 60 years. It was discovered in a Stockholm museum in 1991 and, after years of negotiation, it was returned to Kitamaat in 2006. In exchange for its safe return, the Haisla carved a replica pole to gift to the museum in Stockholm.

We had the chance to make a trip to the Nisga’a Memorial Lava Bed Park, or Anhluut’ukwsim Laxmihl Angwinga’asanskwhl Nisga’a, the site of a lava spill from about 250 years ago. It was a truly unique experience. 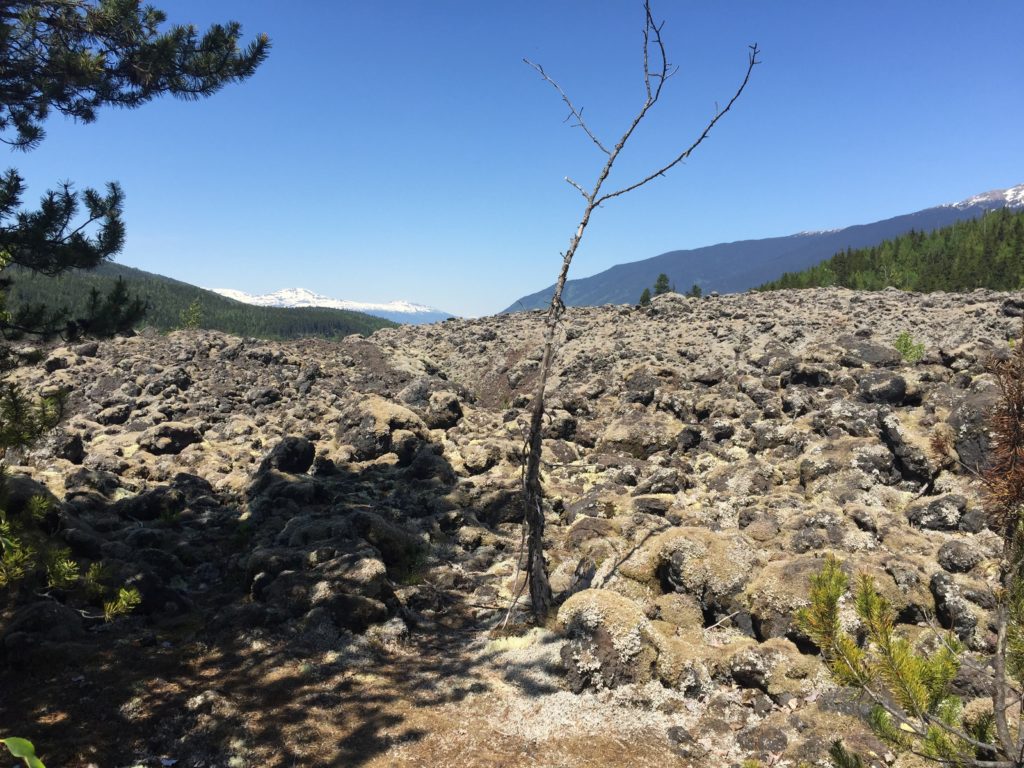 Jamie: Without getting into the research before the analysis is complete, do you feel that the time spent in Kitimat has provided a greater understanding about how the community responded to the Northern Gateway proposal and National Energy Board hearings?

Shafak: Definitely! To see and understand people’s passion, commitment and values (ranging, for example, from environment to mitigating spill risk to jobs and economic development) showed a new facet of the response, something that secondary research can’t do. I think we were fortunate to get a broad spectrum of perspectives.

While discussion around the Northern Gateway project can be quite divisive in B.C. and all of Canada, it was important for me to understand Kitimat’s own response to the project. The pipeline proposal and the plebiscite that took place in the community pitted neighbours, friends and family members against each other. The community has taken time and in many ways seems to have mended those deep divisions. However, with murmurs of changes on Prime Minister Trudeau’s planned tanker moratorium, Northern Gateway might be back on the table. It remains to be seen how the community will respond this time – but it is guaranteed to be complex and nuanced.

What was your biggest learning from the interviews we did?

Jamie: To me, it was really compelling to see how much people care about the project, even today. There are still anti-Enbridge signs up at some homes in Kitimat, and even up the highway in Terrace and neighbouring Nisga’a communities. The strong feelings aren’t just in opposition to the project. People in favour of the pipeline, and in particular those in favour of a local refinery to create jobs and add value to the product, are also strong in their beliefs.

As for the National Energy Board hearings that were held in the lead-up to the energy regulator’s decision to approve Northern Gateway, with 209 conditions, there’s much more to tell. Our upcoming research report will tell that story.

One thing we didn’t figure out, unfortunately, was the best strategy for whale watching. Many residents shared recent whale sightings with us and we hoped to spot one ourselves! We did manage to get a view of three bears and two moose while driving on the Nisga’a highway – and what we’re pretty sure was a sea lion on our last night overlooking the Douglas Channel. Next time. 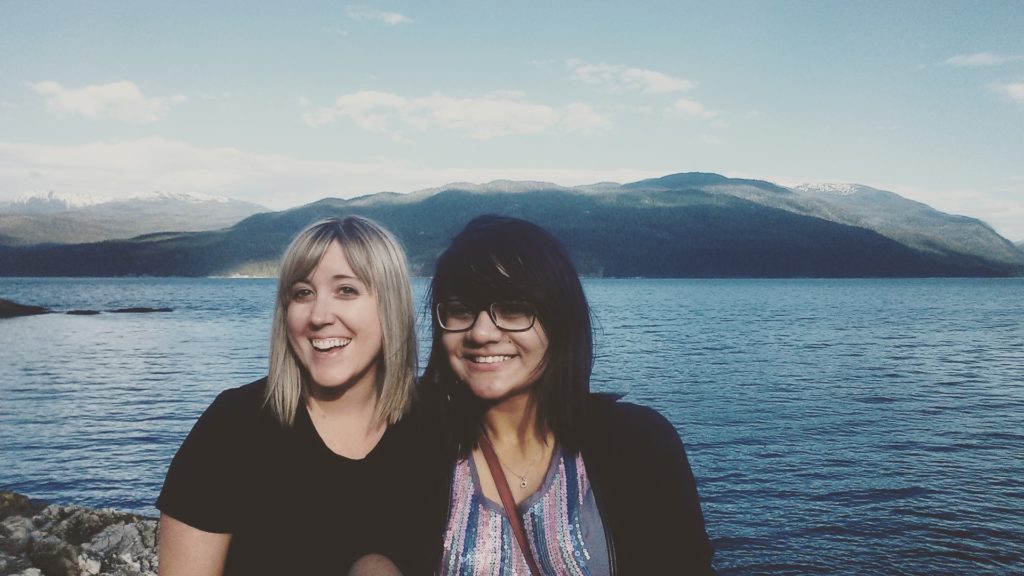 The Canada West Foundation and the University of Ottawa released an interim report, Fair Enough: Assessing community confidence in energy authorities, that provided a framework to understand local communities’ trust in public regulators. The next phase of the study includes a set of case studies of six individual projects and communities. It will be released later this year.