IN THIS EDITION: Canada West Foundation China experts appear before China-Canada House Committee, Coronavirus and Canada-China Relations, and the continuing pain felt by the agricultural industry

“Canada’s relationship with China flows through the West. The West is the centre of engagement with China.” – Carlo Dade, Canada West Foundation

The Special House Standing Committee on Canada-China relations heard from its first non-government experts Monday, February 24. Among them were Carlo Dade, Director of the Trade and Investment Centre, and Sharon Zhengyang Sun, Trade Policy Economist at the Canada West Foundation. They talked about the importance of China to Western Canada and agriculture (a particularly important industry in the West).

In this context, they recommended that the committee place Western Canada at the centre of their discussions. They also stressed that the committee needs to focus on practical solutions and proposed that a future reset of the Canada-China relationship revolve around agriculture given the importance of food security for China and agricultural exports for Canada. An example would be Canada offering supply certainty – guaranteed access to the Canadian agricultural product and technology markets – in exchange for market access certainty (defined as China’s agricultural access concessions in its phase one deal with the U.S.). What that supply certainty looks like requires deep preparation. It requires the Canadian government to go over line item by line item of what we are good at and what we can offer. 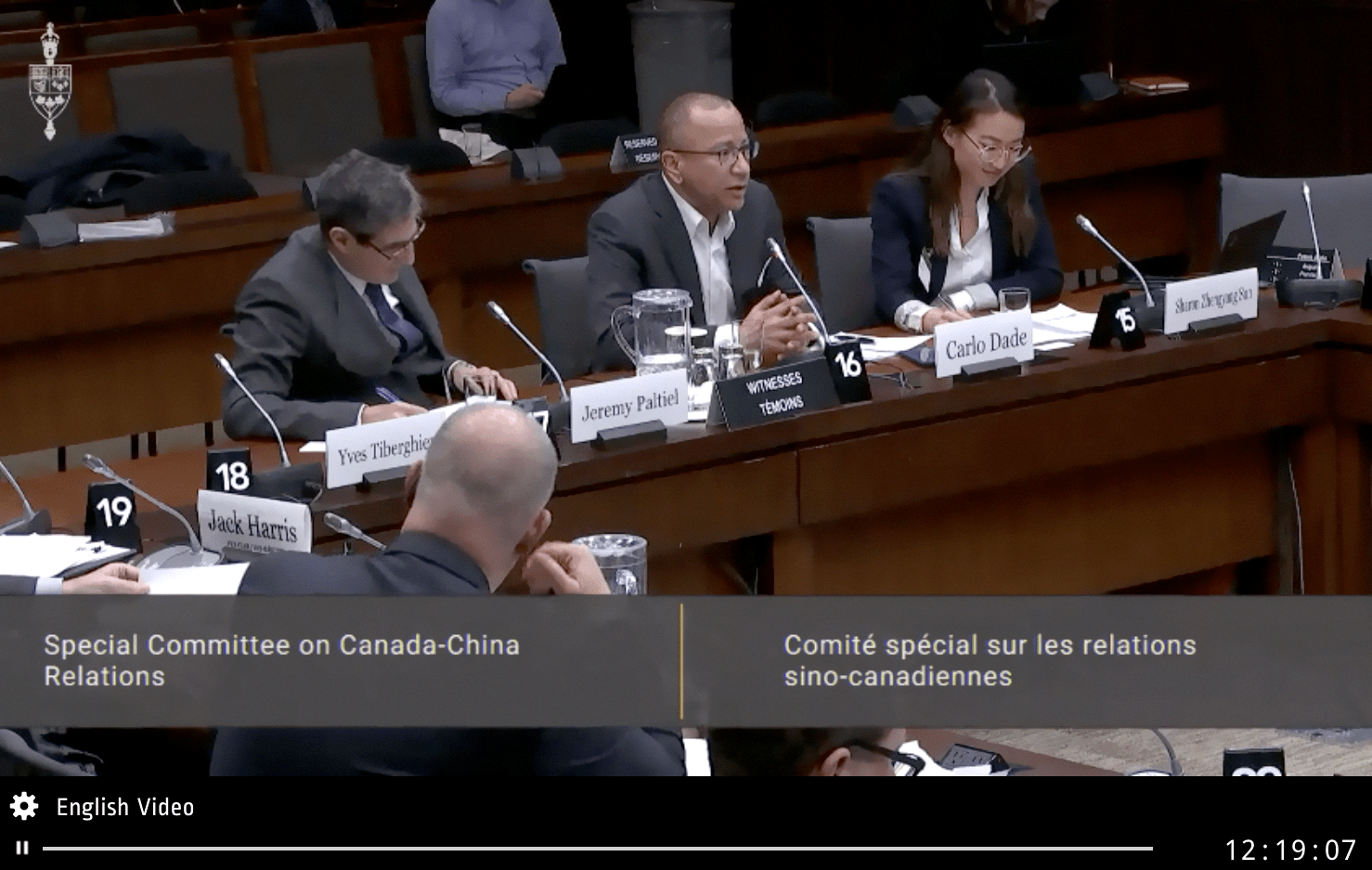 • The coronavirus continues to dominate coverage. The first Canadian who was infected has now been cleared of the virus, and the number of cases in China has recently passed 75,000.

• What is unclear is how this will impact Canada-China relations. Canada has been helping China by providing medical equipment, and has received unusual praise from China for its handling of the virus. Some government officials believe this could mean a thaw in the relationship, but other commentators are less optimistic and say it will not likely lead to the release of Canadians Michael Kovrig and Michael Spavor (the “two Michaels”) still detained in China.

• This report from the Asia Pacific Foundation identifies 37 Canadian export products that are at risk, with six facing special risk – five of which are in the West:

• The Prairies: wheat, flax, and beef

• A recent piece in the Western Producer looked at the impact of the China-US trade deal and how in Canada, it may result in a price benefit for North American wheat growers.

• The Canadian government is looking at the U.K.’s solution to balancing the use of Huawei equipment with U.S. security concerns. Internet security expert Wesley Wark lays out the case for doing so.

Agriculture continues to feel the pain

• It has been nearly a year since Canada has been unable to sell canola seeds and soybeans to China. This CBC analysis looks at the reasons behind why these products have been barred, and why there is little optimism in the industry.

• Agriculture Minister Marie-Claude Bibeau said that one of her main priorities for the year is re-opening the Chinese market, and preventing African swine fever from coming into Canada. However, she also said that discussions with the Chinese government on canola seed have been put on hold since the outbreak of the coronavirus.

• The Canadian government has been campaigning hard internationally to obtain a seat on the UN Security Council. This piece in the National Post argues that China could try to prevent Canada from gaining the seat.

• An editorial from Business in Vancouver argues that, “rather than abandon ship and drift into Asia-Pacific backwaters, Canada needs to make a proactive push now to distinguish it and its export products in the wider Asia-Pacific region,” to diversify its business interests in the region.

• This piece in the Hill Times looks at the rivalry between China and the U.S., which has made them both focus on weak states – they pressure allies of their main opponent, instead of attacking their main opponent directly. The authors argue that this has made Canada “take hits on both sides.”