Globally we are trying to reduce GHG emissions. In Alberta and Saskatchewan, we are desperately trying to clean our electricity grids.

Yet, despite the fact that uranium deposits are abundant in Saskatchewan, no one is talking about nuclear power as a solution. In this blog series, we will give three reasons why nuclear should be part of the conversation: (1) it’s clean; (2) it’s cheap; and (3) the future is promising.

In this post, we look at (2) Nuclear energy is cheap energy. 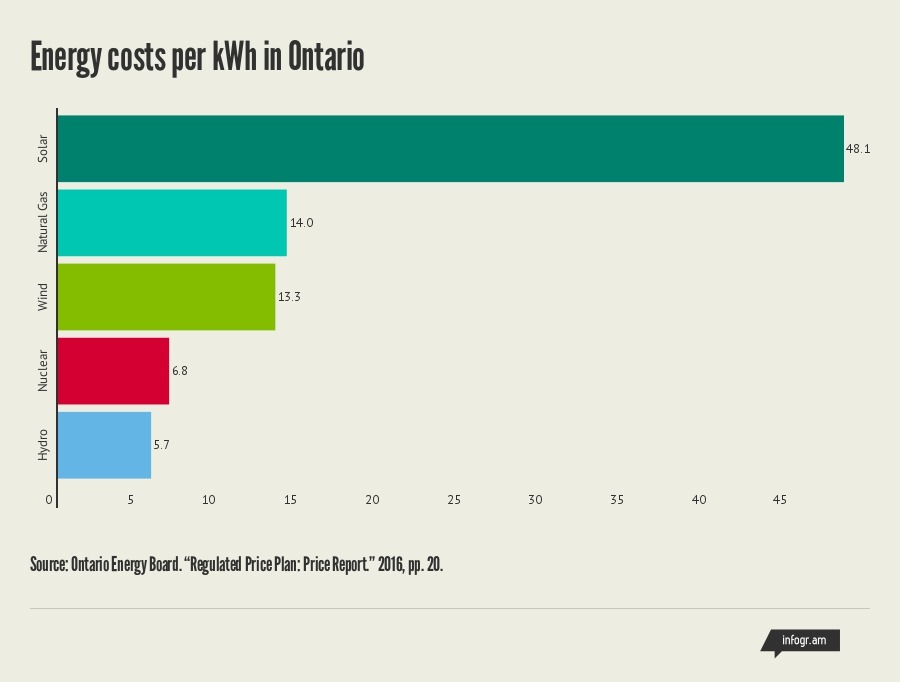 Current nuclear electricity costs in Ontario, the only province in Canada with a significant proportion of grid power coming from nuclear energy. This represents pricing from current reactors – new reactors with improved efficiency or differing methods of energy extraction will not only improve safety; they should also lower the cost per kwh.

Nuclear power requires high upfront investment, but the result is a low levelized cost of electricity (LCOE). If carbon pricing is factored in, it drops even lower, making nuclear an economical long-term choice. Once the infrastructure is built, operating costs are low for this non-renewable resource, in large part because exponentially less fuel is needed than coal or gas to generate comparable wattage. It’s also reliable, which makes it valuable for the money, and would do well – especially alongside hydro – as a baseload power backup for renewable development to support service electrification. 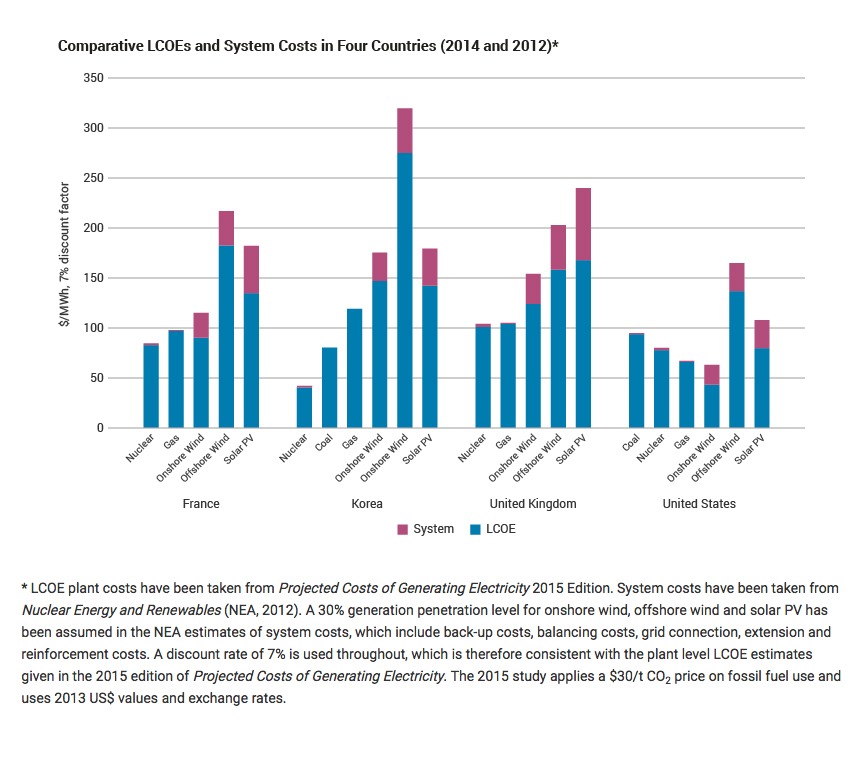 Energy self-determination also has benefits not directly reflected in price. Generation IV reactors, which are currently being researched and developed, will feature reduced construction and operation costs, along with improved safety, improved proliferation protection and reduced waste. These safety benefits may not directly lower the cost per kwh, but they will certainly make nuclear more attractive, which will in turn affect price.

Operating costs have always given nuclear power an advantage compared with other types of generation that require fuel input, such as coal, oil, and gas-fired plants. Uranium, with current technologies, must be processed, enriched and fabricated into fuel elements, and about half of the total fuel cost is due to enrichment and fabrication. In the assessment of the economics of nuclear power, how to manage – and eventually dispose of – radioactive spent fuel must be considered. But, even with these included, the total fuel costs of a nuclear power plant in the OECD are typically about one-third of those for a coal-fired plant and between one-quarter and one-fifth of those for a gas combined-cycle plant. In a coal-fired plant, 78% of the cost is the fuel, for a gas-fired plant, the figure is 89%, and for nuclear the uranium is about 14% (or about double that to include all front-end costs). Also, since uranium makes up less than 30% of the total cost all told – and because such a small amount is needed to generate power – a sudden price increase for this mineral would have a miniscule effect on customers. Fossil fuels, on the other hand, are responsible for close to 80% of the total production costs for combustion electricity generation, and are much more volatile. 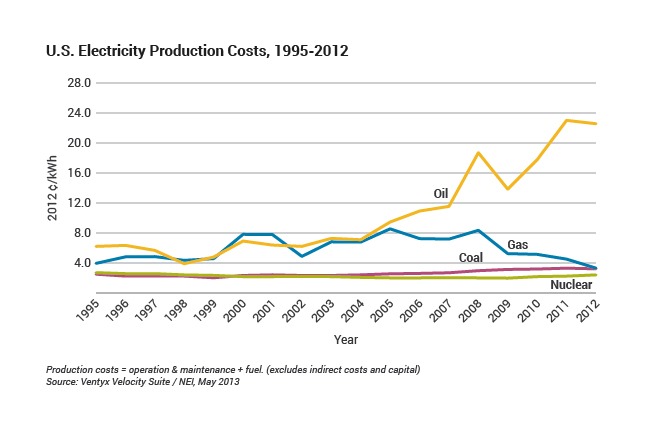 Nuclear fuel is also steadily improving in terms of efficiency and cost reduction. In Spain, for example, the nuclear electricity cost was reduced by nearly 30% between 1995 and 2001 by boosting enrichment levels and burn-up rates. Furthermore, uranium has the advantage of being a highly concentrated source of energy which can be transported much easier than other non-renewable resources. The amount of nuclear fuel needed to produce electricity is exponentially less than for fossil fuels – one kilogram of natural uranium will yield about 20,000 times as much energy as the same amount of coal.

Uranium is abundant and widely available, and other elements that will be useful in future nuclear application are even more so. 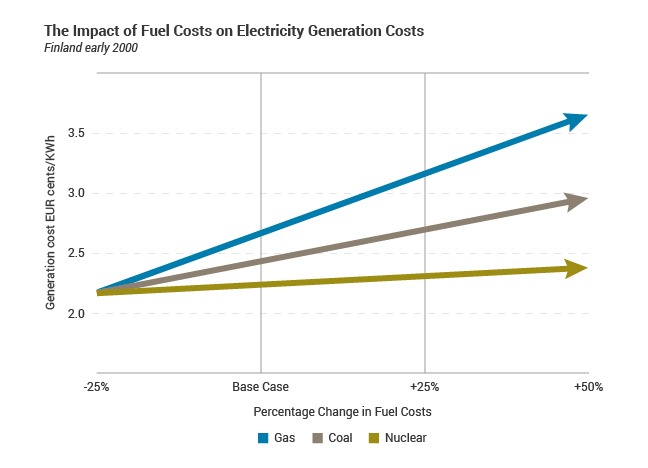 Part three: The future of nuclear energy is promising

– Jordan Flagel is a policy analyst at the Canada West Foundation