Our name has changed but the need is greater than ever and the work continues.

There is an urgent need to re-assess federal, provincial and municipal expenditure responsibilities, tax powers, and intergovernmental transfers in Canada to address looming fiscal imbalances.

An independent team of academic experts and policy practitioners from a variety of disciplines across the country will recommend practical reforms to the system of intergovernmental fiscal relations in Canada. Like a Royal Commission, it will take a coordinated deep dive into complex questions; unlike a Royal Commission it would be independent of government appointments or political priorities. The Network will publish research papers, policy briefs and op-eds and make recommendations for the reform of fiscal relations among the federal, provincial and municipal governments within the framework of the existing Canadian Constitution.

The Fiscal Relations Challenge in Brief

Fiscal relations challenges have been a long-standing concern of provincial leaders and at times federal governments. It is a complex and controversial subject that contributes to strained federal-provincial relations. Perceptions of fairness and concerns about sustainability of critical health and social programming are at issue. One on-going concern is that federal transfers are determined by the federal government independently of the provinces, despite their impact on provinces who deliver services within their jurisdiction.

The second challenge is that the current mix of expenditure responsibilities, tax powers and intergovernmental grants is unsustainable. Prior to the Covid-19 crisis, provincial governments were running deficits and increasing debt levels over the longer-term (Parliamentary Budget Officer). As we have seen with the Covid-19 crisis, the federal government is in a much stronger fiscal position compared to provinces-territories and municipalities to deal with the costs of this response.

Daniel Béland*
Professor and Director, McGill Institute for the Study of Canada

Mike Harcourt
Former Premier of BC, Mayor of the City of Vancouver

Tom Jenkins
Chair of the Board of OpenText

IMFG Papers on Municipal Finance and Governance
A Seat at the Table: Municipalities and Intergovernmental Relations in Canada
No. 59 | 2022 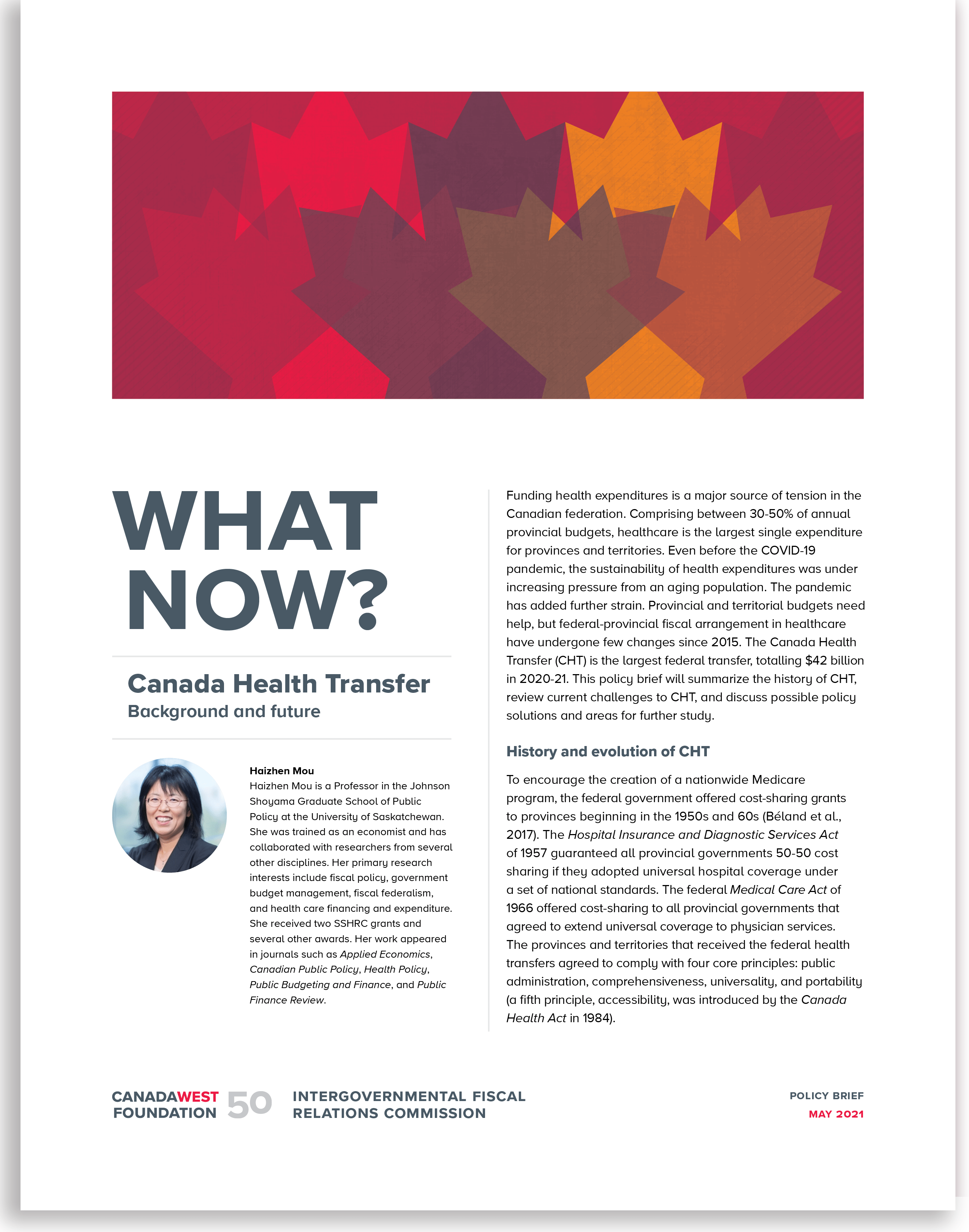 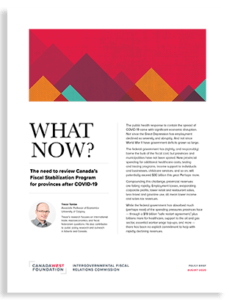 WHAT NOW? Policy Brief
The Need to Review Canada’s Fiscal Stabilization Program for Provinces After COVID-19