Across the Prairies, the agriculture sector is starting to pay attention to the growing opportunity of pulse fractionation.

For the industry to really accelerate, champions of the relatively new processing technology need look no further than the golden canola fields already under their noses.

Pulse fractionation takes pulses such as beans, peas, and legumes, and processes them into their components – protein, fibre and starch – to be used as ingredients in processed foods. The industry has recently established a foothold in the Prairies, with three plants already operating in the West (including a pea processing plant backed by Hollywood filmmaker James Cameron) and four more planned.  Although pulse crops make up only about 12% of crops seeded in the Prairies – far less than canola and cereal grains – Canada already accounts for a whopping 40 per cent of global lentil production and 32 per cent of global pea production. The fractionation side of the industry clearly holds tremendous potential. 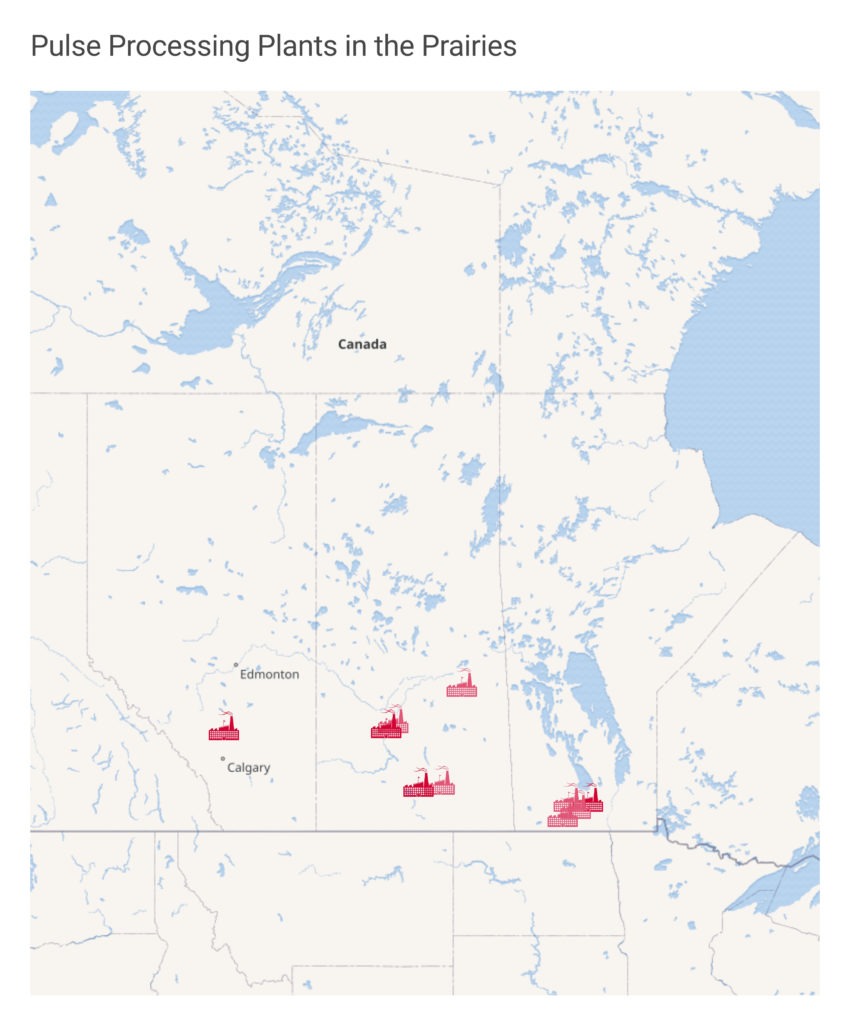 Further, growing global food demand, the health benefits of lentils, beans and other pulses, and the crops’ lower environmental impact all help make a business case for why pulse fractionation could become the next major Prairie industry. To better understand how to harness the economic potential of the industry, consider what has been called “Canada’s greatest agricultural success story“ – canola.

Canola was developed by researchers in western Canada in the 1970s. By 1978, it was officially named “Can” for Canada, and “ola” for oil. Today, canola is an economic powerhouse that creates more than a quarter million jobs and more than $26 billion for the economy. The three prairie provinces see most of this economic benefit: in recent years, Manitoba has received approximately more than $4 billion in economic benefits, Alberta more than $7 billion, and Saskatchewan more than $12 billion.

While canola was a money-making crop before the processing plants were put up, it wasn’t until the mid-1990s when it became a cornerstone of Canada’s agricultural economy. That’s when industry made its first serious attempt at creating a canola processing industry. 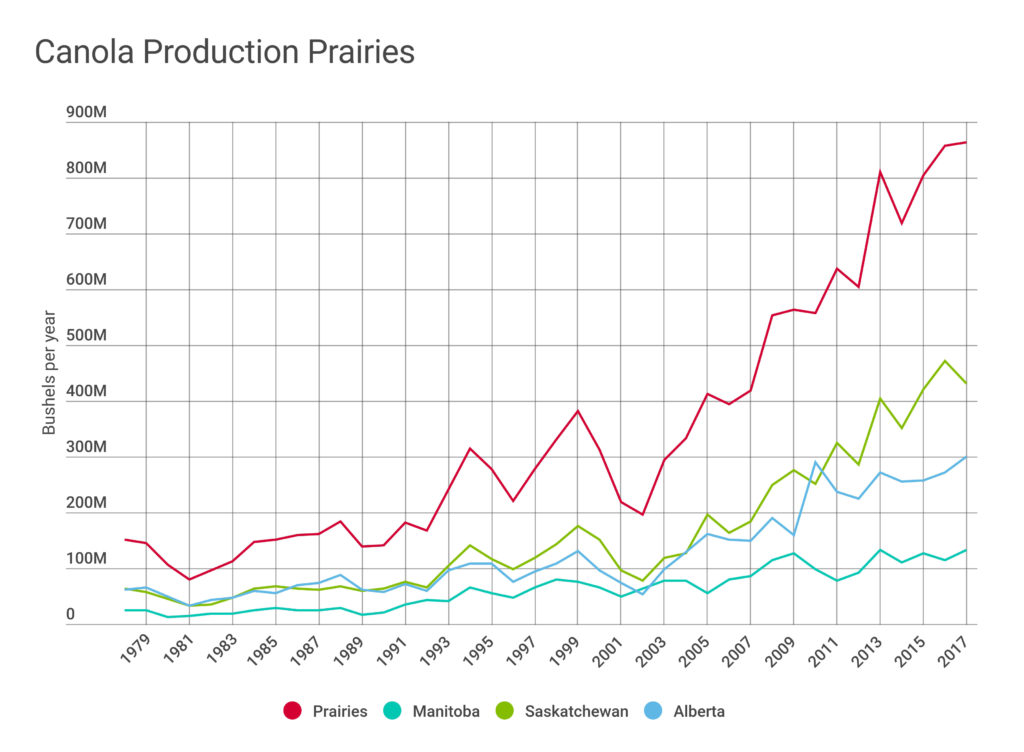 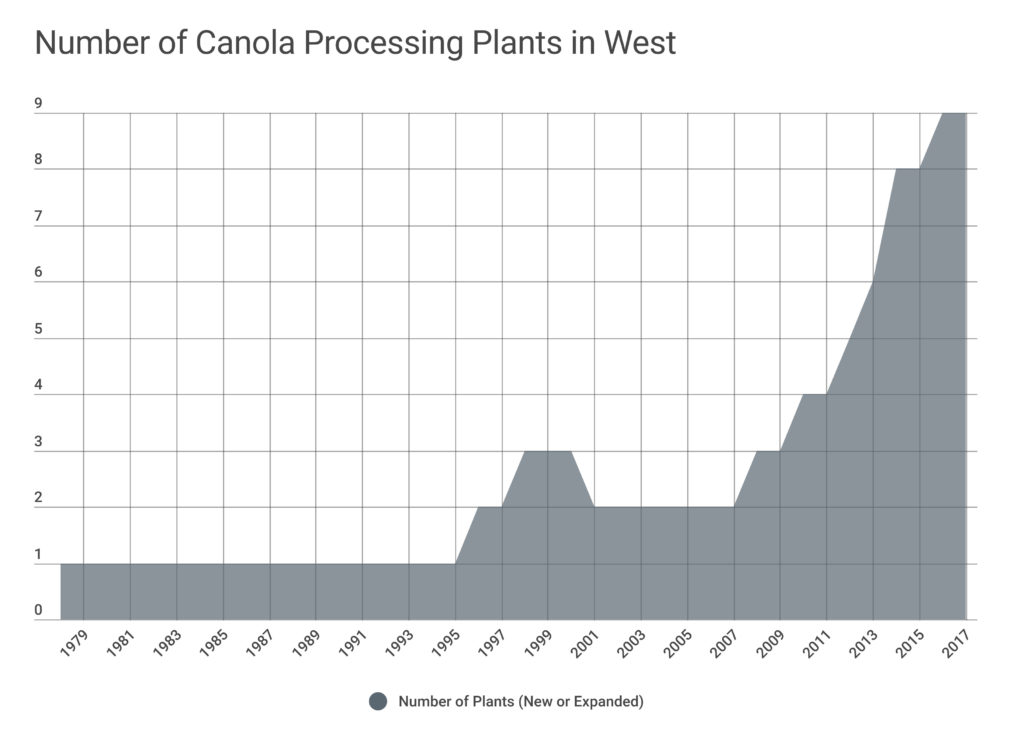 Two things had to happen for canola to go from just another crop grown in the Prairies to a dominant economic force. First, processing had to increase, to raise the value of the crop to the economy. Second, there was also a great deal of research done, much of it in the western provinces, to make the product market-friendly. Canola is now used in common food products like margarine and salad dressing, in livestock feed, and in a wide range of inedible products, such as cosmetics, industrial lubricants, and herbicides. 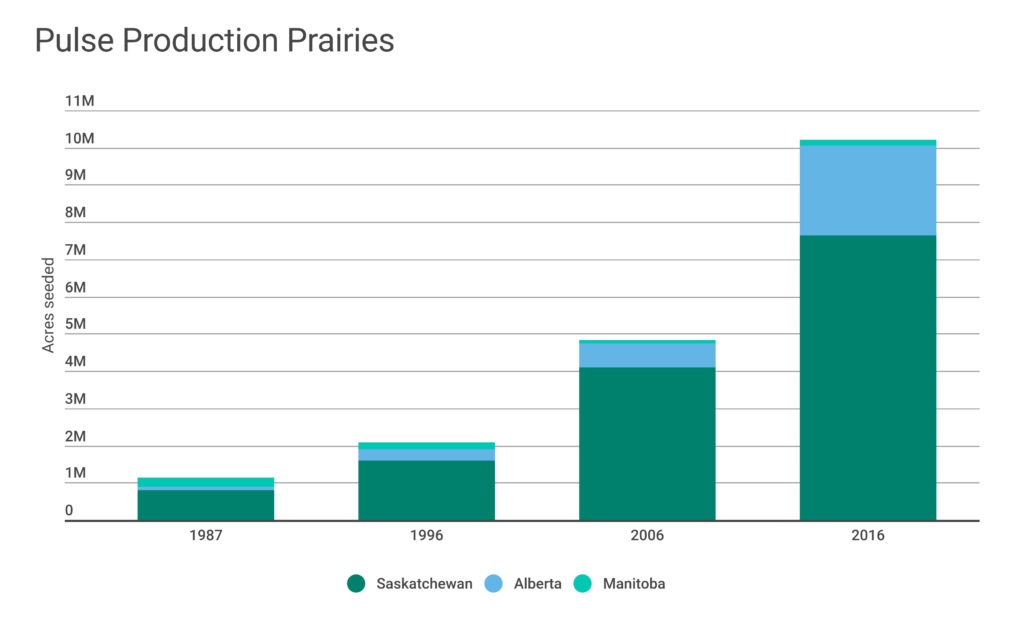 The western pulse industry is now poised for the same success as canola. In the last four decades, the area seeded with pulses in the prairies has grown more than ten times in size. Additionally, there is a strong research and marketing base established across the three prairie provinces for pulse products.

While some pulse processing plants have already sprung up, and a few more are planned, the lack of processing plants in the Prairies is holding the pulse industry from going down the same path as canola. For the pulse industry to become the next “great agricultural success story,” government and industry need to work together to realize the opportunity. Of course, it won’t be without challenges. High transportation costs and lack of capital for building new plants are two of the biggest obstacles described to us in research interviews with stakeholders.

But just ask a canola producer if it’s worth it.

– Sarah Pittman is a policy analyst at the Canada West Foundation