Welcome to a special, Olympics-sized episode of What the West. In this episode, we fling ourselves headfirst into the debate over whether Calgary should bid for the 2026 Winter Games. And then, we fling ourselves down the bobsled track at Canada Olympic Park. Canada West Foundation….we have a bobsled team? 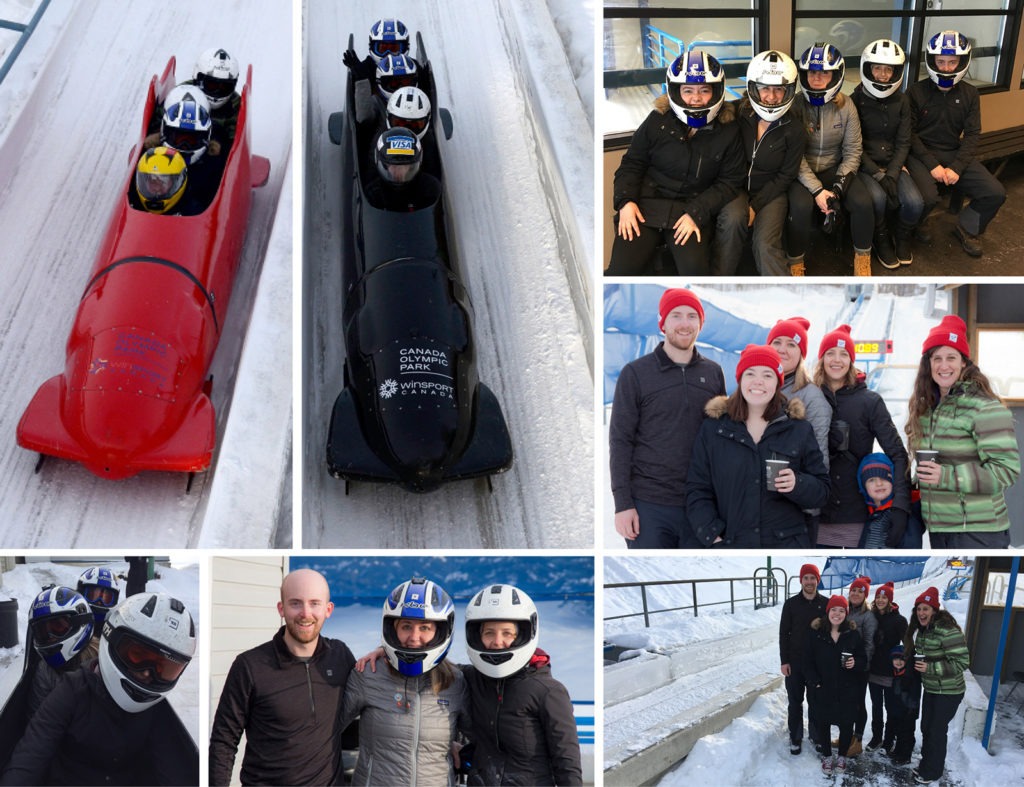 Let’s face it, Calgary is an Olympic city and we’re really, really proud of it.
But even though we’re proud that we have hosted the Games – does that mean we should bid on hosting another one?
In PyeongChang right now, Team Canada is hauling in medal after medal. With Olympic spirit at a fever pitch, it’s easy to fall under the spell of the Games.
But when it comes to hosting the Games – you need a lot more gold than what’s in those Olympic medals.
In this episode of the podcast, we talk with Olympic researcher Stephen Wenn about why no one really wants to host the Olympic Games anymore, particularly the Winter Games. In the second part of the show, we sit down with former Calgary city councillor Brian Pincott to hear about the actual mechanics of a potential bid and how Calgary is doing things differently this time. He also tells us about some of the intangibles – those touchy-feely kinds of things that make weighing an Olympic bid about more than just a dollars and cents calculation. Dale Oviatt of WinSport gives us a look at the lasting legacy of the 88 Games.
Oh yeah, and then there’s that bobsled ride….