On July 1, Mexicans head to the polls to elect a new President and Congress. But here in Canada, where you’d be forgiven for thinking that NAFTA is a bilateral instead of trilateral negotiation, you’d hardly know it.

With a populist some would describe as Mexico’s Bernie Sanders leading comfortably in the polls, questions for us here in Canada include, is Mexico poised to be the next country to ride the wave of populism? What’s the mood in Mexico heading to the polls? And what’s at stake for western Canada on issues like NAFTA and energy? In this Mexico election 2018 special edition podcast, we’re partnering with Comexi to take a closer look at Canada’s distant, often forgotten neighbour, Mexico. 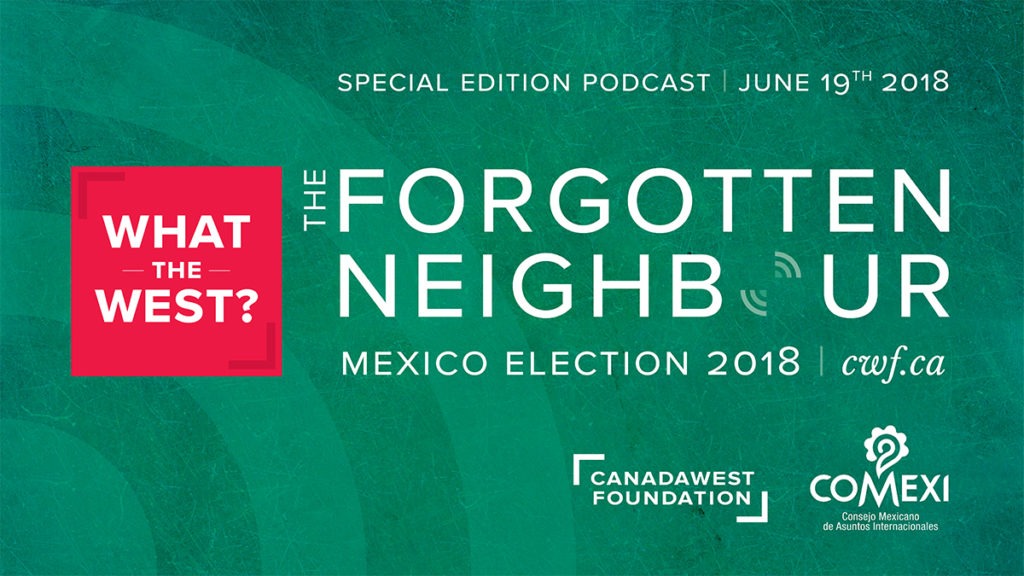 In Mexico City, we talk to leading foreign policy journalist José Carreño to set the stage on how the election is shaping up, who the leading contenders are, and the election wildcards. Then Comexi youth representative Ricardo Smith and former Mexican congressman and Justin Trudeau classmate Agustín Barrios Gómez dig into the big issues for Mexico that could also impact Canada, particularly western Canada.

Tune in for Part II of this series after the July 1 vote as we dive into how the election turned out.