Skip to pdf of report

As the North American Free Trade Agreement (NAFTA) renegotiations lurch from forced optimism to apprehension, small businesses in Canada need to face the possibility that the trade deal might collapse. 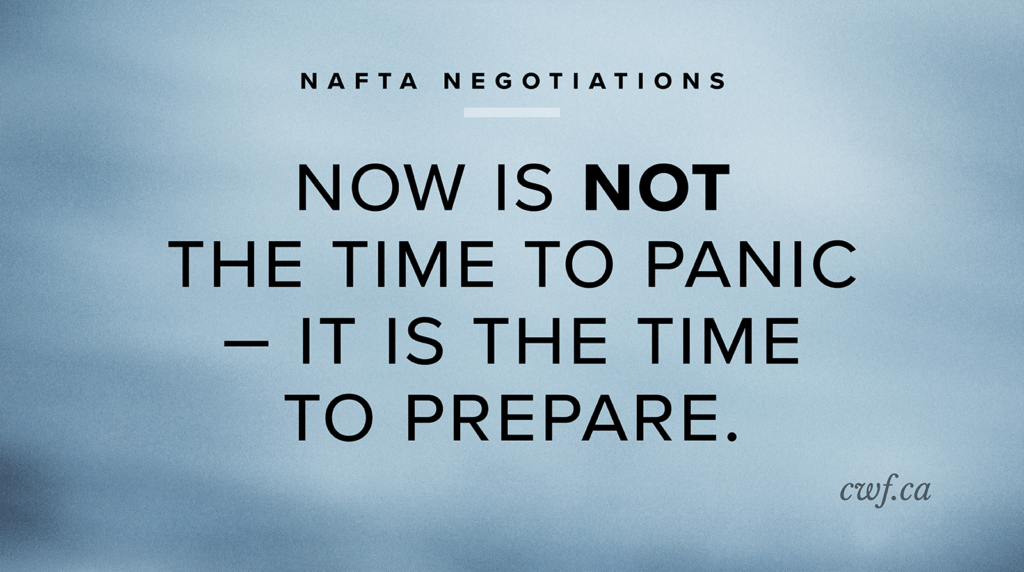 This guide is offered as a first step for small businesses to understand what is happening, and to start contingency planning. We present the scenarios likely to unfold should the United States try to withdraw from NAFTA, and what businesses can do now. If the U.S. withdraws from NAFTA, we would be in uncharted legal and political territory marked by confusion and uncertainty at home and with customers and suppliers in the U.S. A number of different situations could unfold. The following scenarios cover a range of possible outcomes to provide an idea of what could happen.

01) NAFTA remains
President Donald Trump issues a U.S. withdrawal notice from NAFTA, likely as a negotiating ploy to use the six-month withdrawal period to increase pressure on Canada and Mexico to make concessions. The U.S. business community and/or Congress take legal action to stop the withdrawal. There is a period of confusion, but ultimately the U.S. remains in NAFTA.


04) Higher than World Trade Organization (WTO) tariffs
The U.S. withdraws from NAFTA and does not reactivate the FTA with Canada. The Trump Administration uses emergency powers to impose higher than WTO MFN rates on certain products from Canada. While possible, this is unlikely.