As Canada enters more free trade agreements abroad, internal trade at home remains anything but free. Despite various internal trade agreements (and despite recent efforts on the part of some provinces, particularly Alberta and Manitoba, unilaterally reducing their internal trade barriers), progress on an open internal market in Canada has been slow. So slow, in fact, that Bank of Canada Governor Stephen Poloz, at a recent armchair chat, called them “absurd.”

Barriers that remain create inefficiencies that create costs for businesses, consumers and taxpayers; limit overall economic activity and growth; and impede businesses’ achievement of economies of scale through access to a whole-of-Canada market. These in turn limit our global competitiveness, which reduces export and investment opportunities and makes Canada less attractive for both domestic and foreign investment. Finally, internal barriers harm Canadian social and political cohesion. 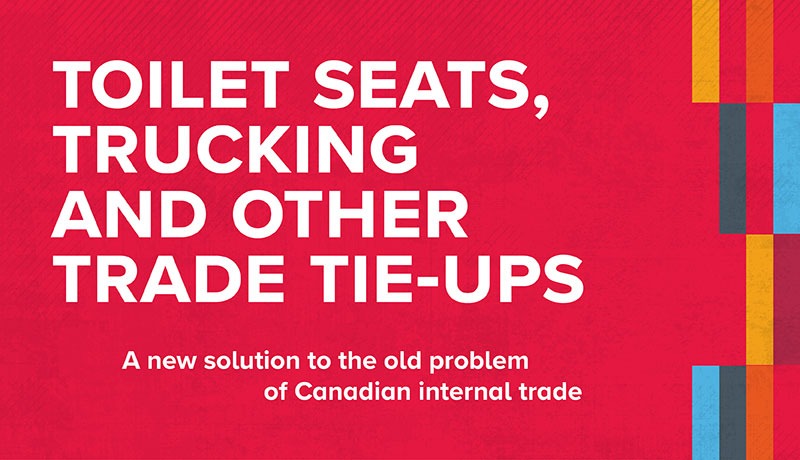 Yet political promises, including during the recent federal election campaign, miss the point of what has worked, what has not, and what can be done to finally make progress; it is time to be bold.

This report does not attempt to repeat the already extensive work done reviewing the specific barriers themselves (see Appendix A, Bibliography). And although the solution will require co-operation among the federal government and all the provincial and territorial governments, we focus our attention on what the federal government can – and should – do.