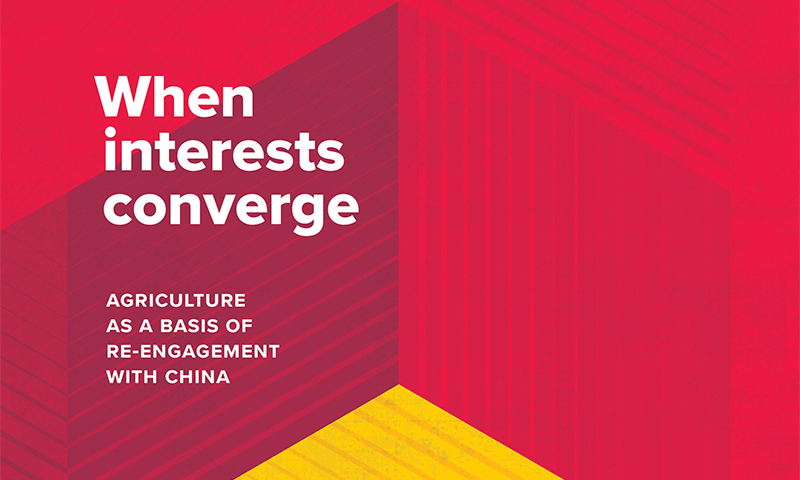 Canada has a wide range of significant challenges in its relationship with China. Yet, one would be hard pressed to see this reflected in the current public discussions heavily weighted toward specific elements of the relationship, certain sectors and one set of policy responses – punitive measures, with some going so far as suggesting a path of disengagement.

The conversation has become too narrow. If Canada wants to defend its interests, then it needs to actively consider and put into play the full array of interests and policy responses that include opportunities to continue to engage with China – not walk away.

Our allies, who are also our competitors for the Chinese market, have figured this out. While conflict, security clashes and tariff wars may dominate the news cycle, there are other measures receiving less attention. Australia and New Zealand, for example, have yet to rescind their trade agreements with China and are, in fact, renegotiating and updating existing agreements. The U.S., despite waging a cold – bordering on hot – war with China recently inked an “America first” Phase One trade agreement with China that addresses American agricultural issues at the expense of Canada. That the Americans did so after signaling to Canada in the recent NAFTA negotiations to not entertain trade negotiations with China, underscores how important it is for Canada to set its own path. Not doing so will not harm China, it will only help our competitors.

This is neither a new idea nor a new path for Canada. Under difficult circumstances at the height of the Cold War, the Diefenbaker government was able to balance Canadian interests and sell grain to China as it suffered through its greatest famine – against objections from the U.S.

The most effective approach for Canada to engage with China is to once again start where our interests align. As this report documents, agriculture is one of the strongest areas where Canadian and Chinese interests converge.

This report makes the case that China’s food security has been put at risk by its recent Phase One agreement with the U.S. For China’s food security concerns, this report empirically demonstrates that Canada is one of only a handful of secure food exporters with excess capacity and a track record of not using food as a political weapon or banning agricultural exports. For Canada, hopes to grow its food exports and the investments the country is making to do this in the future, make access to the world’s largest agricultural importer critical today and tomorrow.

Agriculture, both trade in commodities and in the technologies to produce them, provides a key convergence of interests in the short run to solve problems that both countries have arising from the U.S.-China Phase One agreement. Even if the two sides are not prepared to engage today, Canada cannot wait for an eventual thaw in the relationship to prepare for re-engagement. The current circumstances will change eventually, and Canada needs to be ready.

There are other challenges in the Canada-China relationship and other approaches to engagement. There have been and will be other reports dealing with those. This report focuses on the potential of agriculture and the need to place it front and centre now in anticipation of future change in the relationship. Not doing so will squander the opportunity and will harm, not advance, Canadian interests and the communities, individuals, businesses and families tied to them. China may reject the idea of rebuilding the relationship based on convergence of interest. If so, that will be an important signal that will shape Canadian engagement with China, and the Canadian agriculture community will face harder choices. 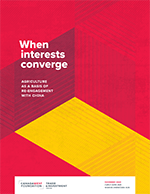 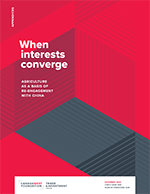