• Skip to pdf of report

But as with Mark Twain, the reports of its death have been greatly exaggerated.

Throughout early 2017, the remaining 11 TPP signatories (TPP11) have forged on with ratification of the deal in their own countries. Rather than killing the agreement, the withdrawal by the U.S. – and the accompanying “America First” trade rhetoric from the Trump administration – has alarmed and, in some cases, motivated, the remaining signatories. In a sudden and sharp shift of position for many, the remaining TPP countries are now focused on how to proceed with their own trade pact without the U.S.

The case to move ahead on a TPP11 has largely been a political response to the Trump administration’s intent to replace inclusive multilateral agreements with one-on-one negotiations on terms essentially dictated by, not negotiated with, Washington, D.C. Opposition to this protectionist U.S. agenda makes a compelling political argument. However, a quantifiable case for the remaining 11 countries to inform discussions on whether to press on with the TPP minus the U.S. has been noticeably absent from the discussion.

This report begins to fill that gap. Our modelling and analysis shows how Canada and other TPP signatories would fare under a TPP11; what the U.S. stands to lose; and, how the agreement would affect different sectors of the economy, including how changes in one sector will impact other sectors. The findings provide quantitative evidence to each country as it decides whether to forge ahead on the pact without the U.S.

View | Trade Impacts: Exports to TPP partners and to the world, 2035

View | Trade Impacts: Imports from TPP partners and from the world, 2035

The evidence, in turn, raises new potential outcomes that must be considered either prior to ratification or in the future in the context of implementation and possible re-entry of the U.S. into the pact. Is the endgame of a TPP11 solely its economic benefits, primarily in trade in goods and services? How should the eleven TPP countries deal with issues on which U.S. policy is shifting? Should potential losses for the U.S. from opting out be used to try and bring the Americans back to the TPP table to regain the additional benefits for all (and avoid aggressive bilateral talks)? If so, what changes, if any, should be made to the pact to either facilitate the Americans’ return to the table or, on the other hand, to try and extract concessions from them as a price for re-entry?

These questions will be dealt with in a subsequent report. But their answers start with understanding the economic impacts of a TPP11. 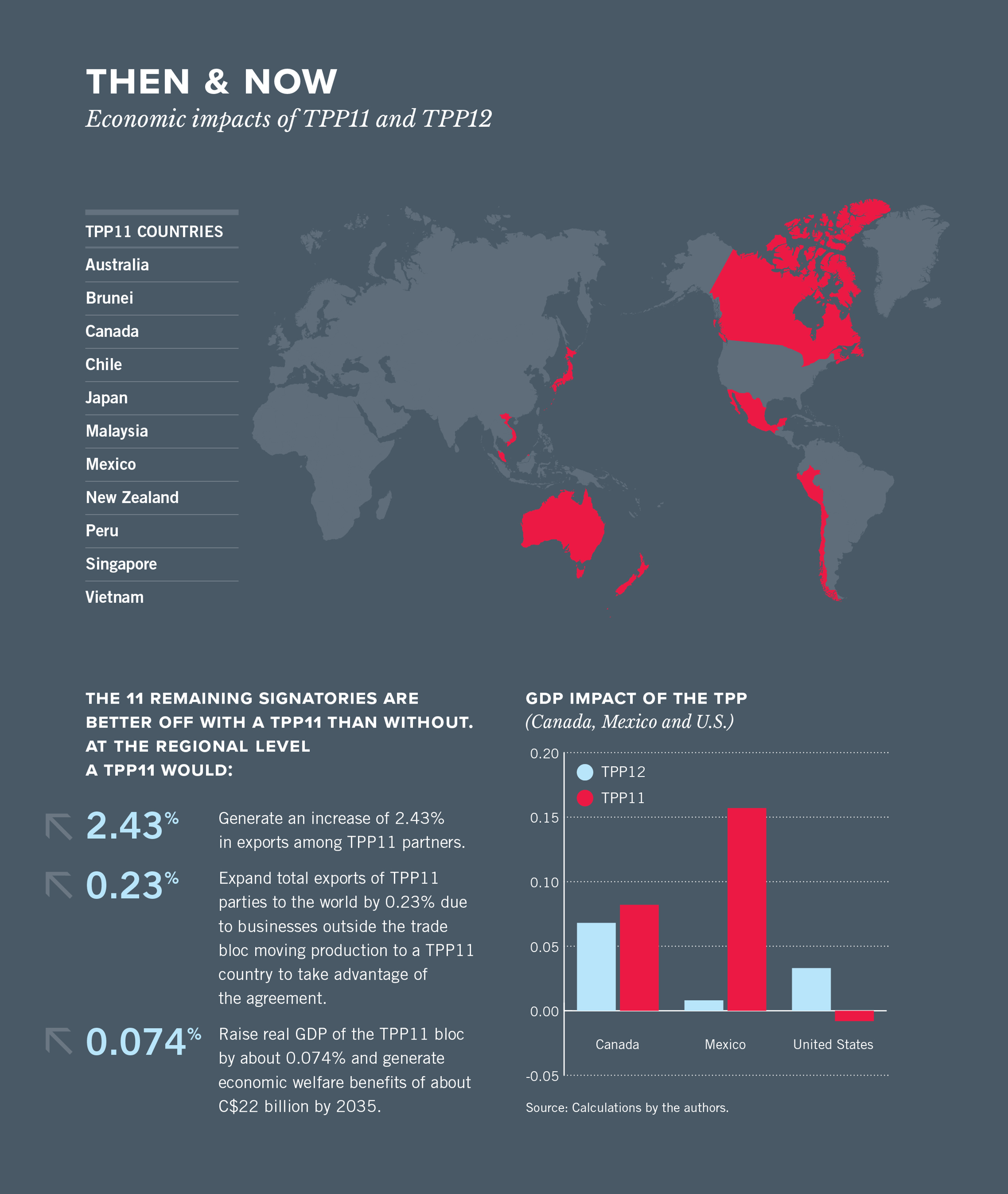