On May 18, 2017, the Trump Administration submitted to U.S. Congress the notification of intent to enter into negotiations, triggering NAFTA talks.

Here’s what you need to know about potential timelines for the talks. The three timeline scenarios represent various negotiation lengths. There have been some reports of the intent to finish negotiations by year’s end, but other reports suggest negotiations may last longer. 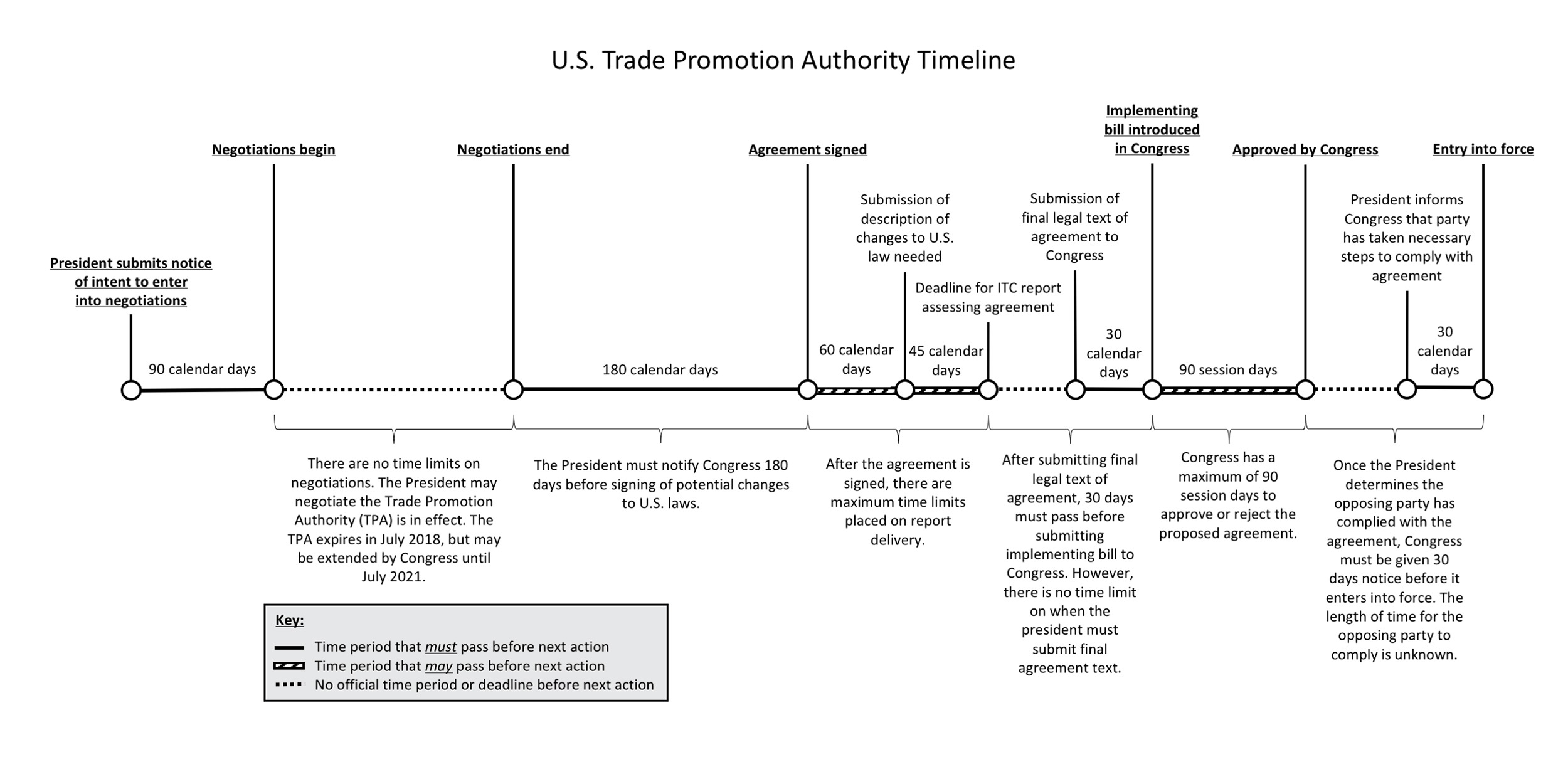 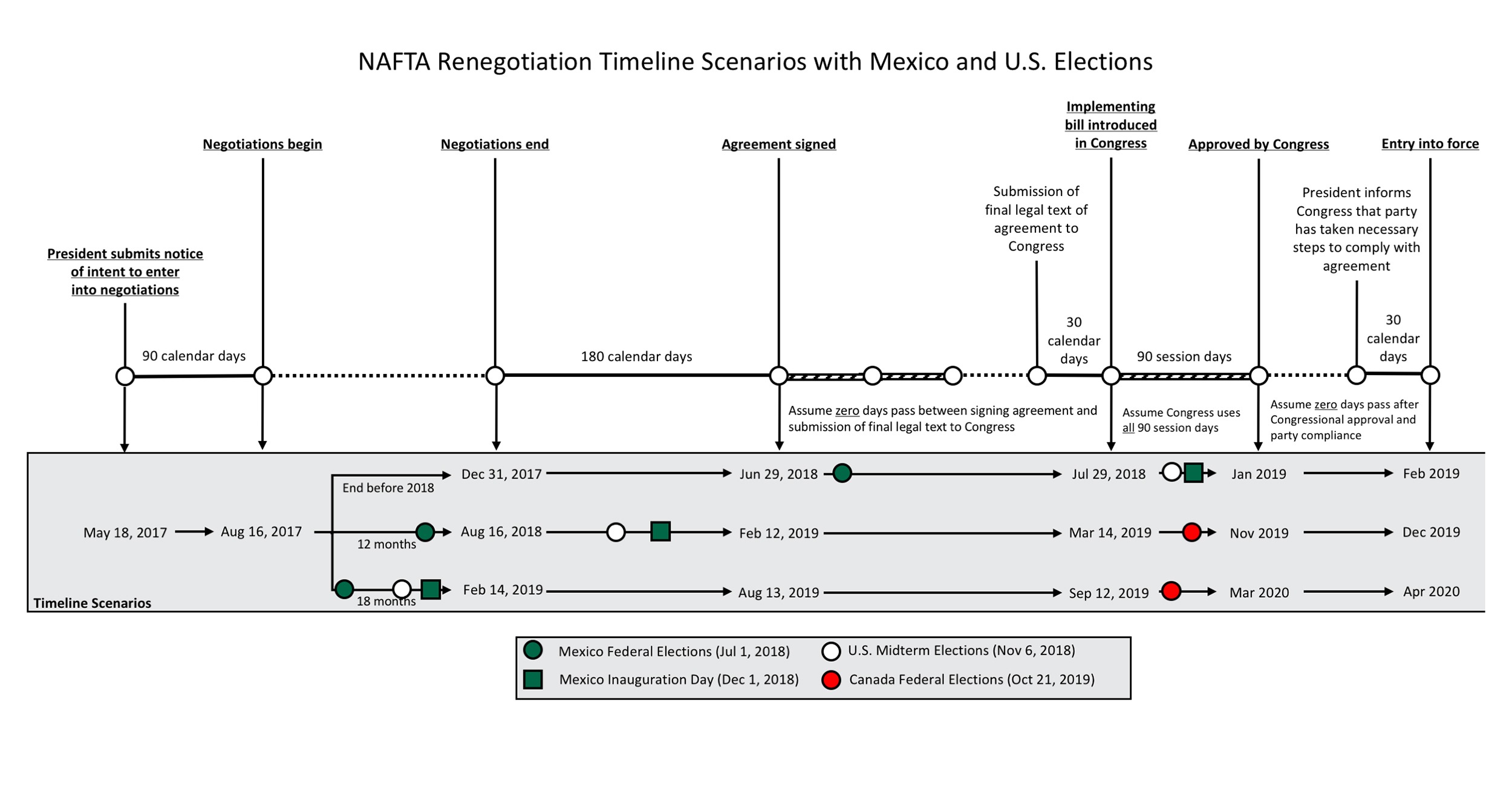