A virtual “fireside” chat with Jonathan Turner, British Consul General in Calgary and Gary Mar, President and CEO of the Canada West Foundation.

There’s a new kid on the (Western Canadian) block!

Jonathan Turner has taken over from Caroline Saunders as the British Consul General for Alberta, Saskatchewan and Manitoba. And he picked a very interesting time to arrive, in the heart of both a pandemic and an energy sector transformation. Join us on November 2 to hear what Jonathan has to say about the path that the UK has chosen to reach net zero, the opportunities and challenges they see, and how Canada and the UK can strengthen economic ties. Canada West Foundation President and CEO Gary Mar will also give him an insider’s look about Western Canada, and how it may look different here than from the outside. 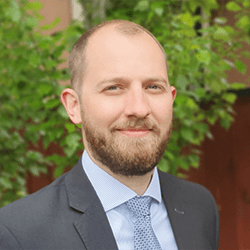 Jonathan took up his appointment as Her Majesty’s Consul General in Calgary in June 2021. He is the UK Government’s representative in Alberta, Saskatchewan and Manitoba. As Consul General, Jonathan leads the Government’s work promoting UK economic, commercial and political interests in these provinces.

Prior to arriving in Calgary, Jonathan served for four years as Southeast Asia Regional Director for Economic and Trade Policy, based in the British High Commission Singapore. He was responsible for analysing economic and trade developments, leading engagement on economic policy issues and deepening trade links with the Southeast Asia region. He also directed the UK’s technical cooperation programme on economic development with the Association of Southeast Asian Nations (ASEAN). His most recent role in London was leading a team focused on global economic issues including financial services, economic reform and engagement with economic multilaterals, including the G7, G20 and OECD. Before joining the Foreign, Commonwealth and Development Office in 2013, Jonathan was an economic advisor for the UK Department for Business, focusing on areas including science and innovation, regional economic integration, productivity and financing to support economic development.

Jonathan is joined in Calgary by his wife Alexandra. 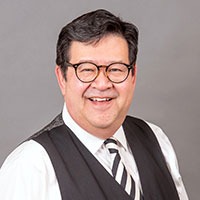 Gary Mar was named President and CEO of the Foundation in April 2020. An accomplished and respected leader, Gary brings deep experience in government and business, and established expertise in CWF’s key policy areas in natural resources, trade and investment and human capital.

Prior to joining the CWF, Gary served as President and CEO of the Petroleum Services Association of Canada (PSAC), the national trade association representing the service, supply and manufacturing sectors within the upstream petroleum industry.

Gary has broad experience in government having served as a Member of the Legislative Assembly in the Province of Alberta from 1993-2007. During his time as an elected official, Gary held several Cabinet portfolios – Community Development; Health and Wellness; Education; Environment; and International and Intergovernmental Relations. Gary then served as the Official Representative (Minister-Counselor) of the Province of Alberta at the Canadian Embassy in Washington D.C., from 2007 – 2011. Gary next served as the Province of Alberta’s Representative in Asia from 2011 to 2015. He led the province’s strategic outreach efforts from his post in Hong Kong and worked with Alberta’s offices in Beijing, Shanghai, Tokyo, Seoul, and Taipei.

Following his government service, Gary was an independent consultant working for both Chinese and Canadian companies seeking assistance with trans Pacific trade and investment.