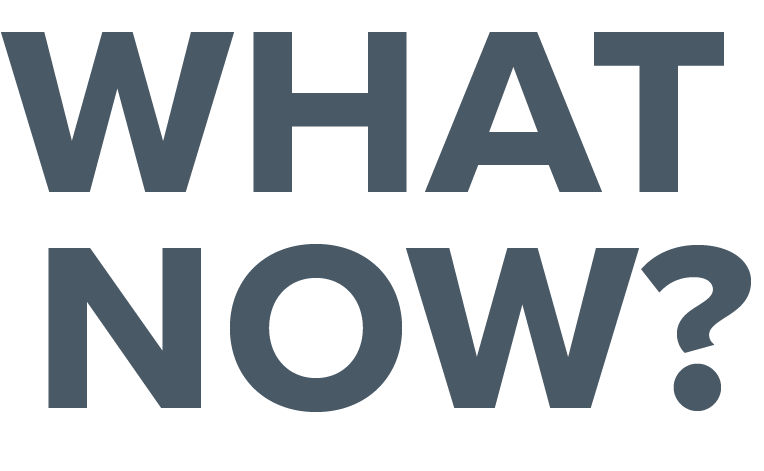 It’s well known that in 2011, Japan experienced a major tsunami that resulted in meltdowns and the release of radiation from a nuclear power plant in Fukushima. While many people are familiar with this story, I have a different take on it.

In the 1990s, I lived in Ishinomaki, the town closest to the epicenter of that earthquake. I used to ride my bike to Onagawa, a tiny fishing village nearby. Both Ishinomaki and Onagawa were devastated in the 2011 earthquake. Onagawa was completely flattened by the tsunami – except for its nuclear power plant, which suffered no damage and indeed served as an emergency shelter for local residents.

Although the Onagawa nuclear plant was substantially closer to the epicenter than Fukushima and experienced greater ground shaking and a larger tsunami wave, the key difference stemmed from Onagawa’s safety culture: choices made during design and operation that resulted in vastly different outcomes.¹ My own take-away is that there is a need for extreme vigilance but also that nuclear disaster isn’t inevitable; in fact, it is largely avoidable.

In this brief, we look at the rationale for nuclear energy for Canada and new technologies that may introduce further improvements in safety and economic performance.

Why nuclear, and why now?

In a speech to the Canadian Nuclear Association annual conference on February 27, 2020, Minister of Natural Resources Seamus O’Regan announced that the Government of Canada is going to be “placing nuclear energy front and centre, something that has never been done before.”²

If the country wants to transition off fossil fuels – and rapidly – this is a sensible decision and possibly the only way to reach Canada’s climate targets.

Nuclear energy has a number of advantages. Like solar and wind, its operation creates no greenhouse gas emissions. Like coal or gas, the power output is constant – it does not rely on weather conditions. Like fossil fuels, it produces a high energy output that is suitable for industrial uses that require intense heat. It has a very small site footprint, avoiding knock-on problems around land use and biodiversity. And finally, it supports electrification of processes currently powered by fossil fuels.

For these reasons, many leading thinkers on energy and the environment, including David Keith, Vaclav Smil and Bill Gates, publicly support nuclear energy as an option for the energy mix.

But nuclear power still causes apprehension for some people in areas such as waste management and disposal, consequences from plant accidents, and the possibility of countries using nuclear materials to make weapons. These are valid concerns that will need to be resolved as new nuclear power options are explored.

How much nuclear energy is being produced now?

Currently, just over 10 per cent of the world’s electricity comes from utility-scale nuclear energy, generated by 440 nuclear power reactors.³ Most nuclear energy is produced in North America and Europe, with the U.S., France, China, Russia, South Korea, Canada, Ukraine and Germany leading production. About 50 more reactors are currently under construction, which will add about 15 per cent to existing global capacity.4 The U.S. Department of Energy announced in May 2020 that it was pushing ahead with $230 million in funding to accelerate advanced nuclear reactor technologies, with the goal of commercially demonstrating at least two new advanced reactor designs by the mid-2020s, and reducing risk for technologies that would be ready to deploy in the 2030s.

The options for producing nuclear power have changed substantially in the last few decades, and options exist that make nuclear both safer and cheaper than conventional designs. Three of these technologies are reviewed below: small modular reactors, molten salt reactors, and thorium- based reactors.

Small modular reactors, or SMRs, are smaller scale versions of traditional nuclear reactors. Compared to conventional nuclear power plants which are often in the range of 500-4,000 megawatts (MW), SMR concepts typically range from less than 1 MW to under 300 MW, but can be placed in groups on a single site. SMRs aren’t really new – for example, they have been used for over 75 years by the U.S. Navy, where SMRs power 86 submarines and aircraft carriers.

They are also modular, so they can be constructed off-site and then transported to where they are needed, making construction less expensive and more efficient.

The small size and modularity may offer several advantages.

Cost: SMRs are less expensive to construct, and new reactors can be added in smaller increments when demand increases.

Location: SMRs can be used in a variety of locations, such as brownfield sites from decommissioned coal fired power plants. They are the right size for powering industrial processes, like desalination plants or SAGD facilities, or for powering local electricity grids. They can be joined together to produce larger power outputs when needed. Importantly for Canada, smaller SMR concepts could be a viable source of heat and electricity for remote communities, given that demand for power and heat typically falls within the range of what they produce.

Technology and safety: SMRs increasingly employ a range of passive safety features to improve safety and rely less on operator intervention. For example, the U.S. Department of Energy’s Oak Ridge National Laboratory has found a way to 3D print a SMR core with sensors and controls integrated right into the core itself.5

SMRs may soon be a reality in Canada as well. In November 2018, the federal government released an SMR roadmap reflecting the results of expert working groups and workshops across the country.6 Recommendations from the roadmap included building demonstration projects, risk sharing among governments, utilities and industry, modernizing regulatory requirements to fit the small scale, and building capacity and the knowledge base among the public and Indigenous groups. Minister O’Regan’s February speech committed the government to turning the roadmap into reality. And in December 2019, Saskatchewan and New Brunswick agreed to work with Ontario in promoting SMRs, with Alberta joining the group in August 2020.

Prediction: SMRs are likely to take off in the next 10 years as they are well-suited for a variety of Canadian needs.

Molten salt reactors – an example of an advanced reactor technology

Molten salt reactors (MSRs) are an advanced reactor technology that attempts to address one of the biggest factors in the safety of nuclear power plants: the loss of the ability to cool the fuel, leading to overheating or meltdowns.

Rather than fuel rods cooled by water, MSRs suspend the fuel (either uranium or thorium) in a solution of molten fluoride or chloride salts. With MSRs, a rapid increase in temperature causes the salts to expand, moving the molecules further apart and resulting in a drop in the fission reaction – a self-controlling behaviour. This action is an inherent physical property of the salt matrix; it doesn’t require operator intervention. (But yes, there are additional backup safety measures!) For some MSR concepts, the salt mixture is used not only as the fuel, but also as the transport mechanism for moving the heat to the turbines.

Many MSRs will operate at normal atmospheric pressures, so there is less risk of containment loss and less need for traditionally heavy containment structures. These lower pressure systems can reduce construction costs.

MSRs were first conceived of in the 1950s, but the technology wasn’t fully developed before the push for nuclear power waned in the 1970s. Interest was revived in the 2000s and there are now four companies in the U.S. and Canada that have announced plans for commercial-scale MSR reactors, as well as substantial interest from China, Denmark, France, Germany, Japan, Russia and others.

Thorium as an alternative to Uranium

Thorium fueled reactors – as the name implies – would use thorium rather than uranium as the primary fuel, bringing several key advantages. First, thorium is relatively easy to come by, as it is both more abundant and more easily extracted than uranium. It is mainly mined in Australia, Canada, the United States, Russia and India.

Second, unlike the uranium used in reactors, thorium is not “fissile” on its own. It must be mixed with other elements (e.g. waste products from other reactors) to make the fission process happen.

Finally, it is also extremely difficult to use the fuel by-products for nuclear weapons.

Thorium reactors have been explored for over 50 years – in Canada, Germany, the Netherlands and the UK.
So why aren’t there currently any thorium reactors operating anywhere in the world? The answer comes in three parts. The first is cost: the capital costs for thorium-based reactors are high. The second is historical: early nuclear reactors were fueled by uranium because the Cold War arms race required enriched uranium for weapons. And finally, this legacy has led to an existing industry that has substantial operational experience in uranium and not thorium, and that may be slow to change.

At this point, both China and India are actively exploring thorium reactors. Keep an eye out for what might happen.7

Alternative designs for nuclear power plants have been around for many decades with the promise of better performance and lower costs. So why haven’t they been put into action? The reason is that the building of reactors isn’t just an exercise in safety, but also includes cost considerations, political considerations, institutional legacies and competition among different energy types. And it is also heavily influenced by public opinion.

A 2019 poll found that 86 per cent of Canadians “support or are open to” SMRs when presented as an alternative to fossil fuels.8 Another survey found that ~42 per cent agree (slightly to strongly) that “nuclear energy is one of the best ways of addressing climate change.”9 But the public also has strong concerns around safety, contamination, waste and security.10

There are no easy answers. SMRs, molten salt reactors and thorium-based reactors will not be able – separately or together – to quell the very real concerns that many people have about nuclear power, or to instantly overcome the challenges that exist around all types of energy development (renewables included), such as appropriate consultation, siting, local opposition to transmission lines, and so on.

But advances in materials, technologies and safety systems have produced very significant improvements that make a case for seriously re-considering nuclear energy as a key component in rapidly moving to a very low-emissions energy system. To get there, we will need not only these new technologies, but also an informed public, supportive and brave governments, and a better way to triage among problems that come with all forms of energy production.

7 For a wildly entertaining take on what could happen, I recommend the first season of the TV series Occupied (available on Netflix) which envisions a Russian takeover of Norway to reinstate oil and gas production after the country votes to produce thorium power only.

10 https://foecanada.org/wp-content/uploads/2020/01/FOE-Omnibus-Report_Jan13.pdf. It should be noted that the overall conclusion of this Friends of the Earth analysis is, at best, misleading. The summary states that a majority of Canadians feel SMRs are “the wrong path” to deal with climate change. However, the actual survey question bundled together Ontario’s payment of $237 million for the cancellation of renewable energy projects, Saskatchewan’s “refusal” to allow homeowners to install solar panels and tri-province support for SMRs, and asked whether these together show the government is on the right path or the wrong path. Their conclusion, which only refers to SMRs, therefore lies somewhere between misleading and malicious.