Oh, the places youth could go!

For most of the last 50 years, an average of 8,000 youth aged 15-29 came to Alberta from other provinces. That all changed in 2016 when the province began to experience a net loss of youth.

A Canada West Foundation-led study looked at the reasons for this dramatic shift and  found that young people from across Alberta, as well as Vancouver and Toronto, perceive that Alberta’s economy is still largely all about the oil and gas sector. What’s more, they believe that to find a job or move ahead in another sector they need to look beyond Alberta.

While there’s no doubt that oil and gas is still a major driver of the economy, in early 2022 96 per cent of Alberta’s 86,000 vacant jobs were in sectors other than oil and gas. And, more than a third of those jobs offered between $25 and $30 per hour.

Investment in Alberta’s economy has diversified, and young talent is desperately needed in sectors such as clean energy, life-sciences, agri-food, film and television and artificial intelligence. To encourage youth to choose Alberta as a place to build their future, they need a more accurate perception of the province and the vast array of career opportunities available. 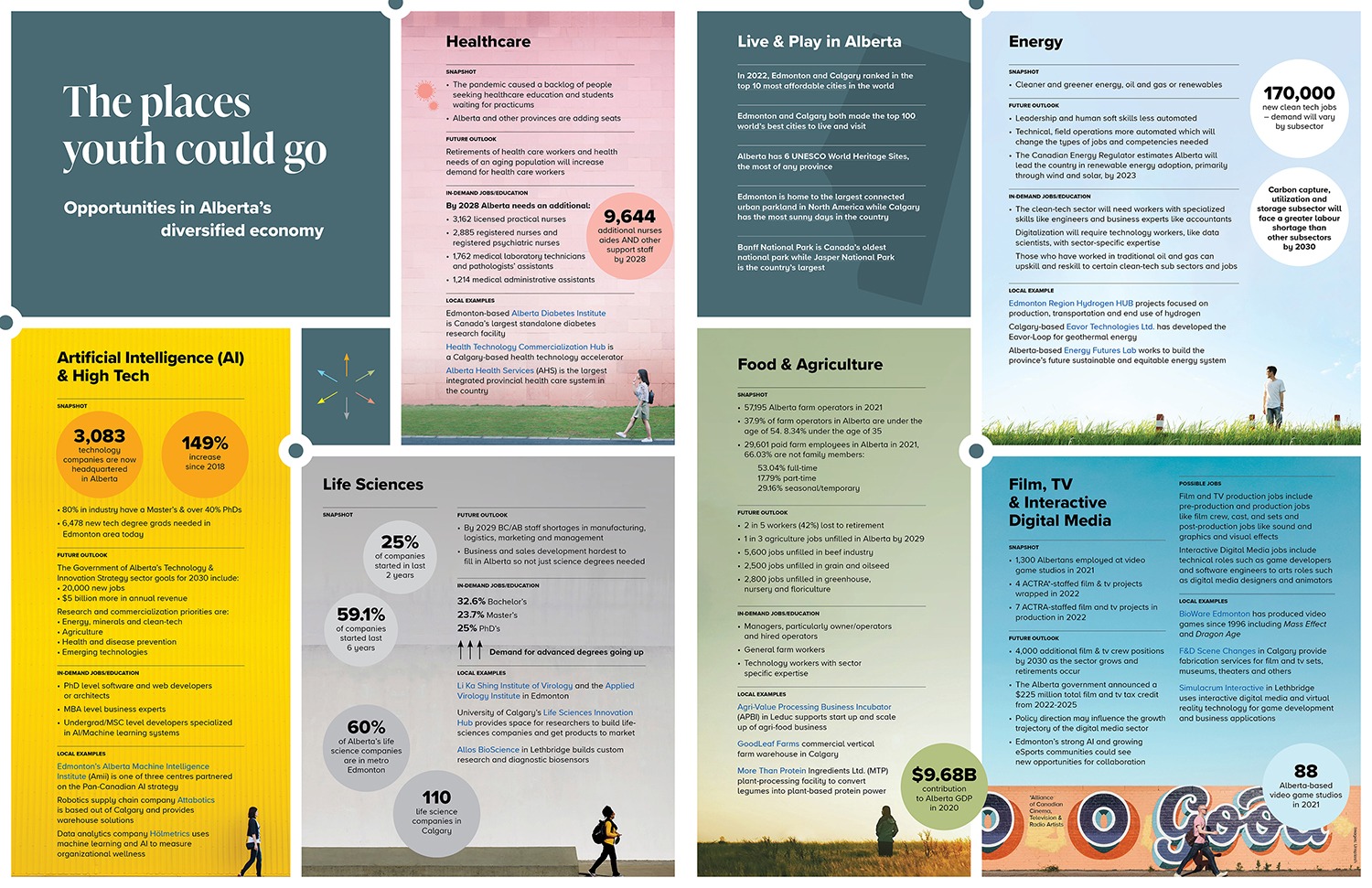 It will take a concerted effort by multiple stakeholders to attract youth back to the province. Youth need better communication about the breadth and depth of the opportunities for meaningful work in quality jobs, and they need it much earlier in their lives. They also need to understand which careers they are best suited to and how to build the skills and competencies they will need to enter them.

This What Now? brief takes a step toward changing those perceptions by offering a snapshot of the diverse nature of available opportunities for youth. Life sciences, high tech, healthcare, agriculture, film and television – these sectors are all projecting future growth. It’s a diverse and exciting province and Albertans need to be better at telling this story of Alberta to the world.