In this edition: it’s all Huawei all the time. Huawei’s CFO is arrested in Vancouver, and the debate over banning Huawei’s 5G tech in Canada rages on. Check out this, and more, in this latest edition.

“But Sino-American relations are at a low ebb, which is bad for Canada and bad for the world. And the irony is that, by arresting Ms. Meng in Vancouver, we helped make things worse.”

On December 1st the Chief Financial Officer of Huawei, Meng Wanzhou, was arrested in Vancouver for extradition on the request of American officials during a 12-hour layover in Vancouver.

Back up. Who is Meng Wanzhou, and why is she important?

Not only is Meng the daughter of the founder of Huawei, Ren Zhengfei, she has also played a key role in growing Huawei, and internationalizing it; she has been called the “Ivanka Trump of Huawei.”

Why is Huawei so important?

Huawei is one of the most important and prestigious companies in China, and Meng is a high-profile public figure. With approximately 180,000 employees, Huawei is a huge part of China’s ambitions to become more technologically advanced and self-sufficient. Put another way, Huawei is the “Apple of China’s eye.”

What is Meng accused of?

Meng is wanted on allegations of fraud in the United States. She is accused of using an unofficial subsidy, called Skycom, to evade U.S. sanctions on Iran from 2009 to 2014. These allegations have not been proven.

Why was she arrested in Vancouver?

What is the fallout?

Beijing is angry about her arrest and has demanded her release. The Chinese embassy in Ottawa accused American and Canadian authorities of having “seriously harmed the human rights” of Meng. In China, many see the arrest of Meng as a new step in the wide-ranging trade war with the United States. Some also are angry at Canada for “being an accomplice” of the United States. The director of the China National Association of International Studies said that “If a couple of Canadian nationals are arrested somewhere as a bargaining chip, it may not be surprising.”

What impact this will have on the U.S.-China Trade War remains to be seen. Meng was arrested on the same day that Xi and Trump agreed to the 90-day détente (more on that below)

Connection to the 5G Debate

In Canada, there has been intense debate about whether or not use of Huawei equipment should be banned in next-generation telecommunications networks. The impacts of the arrest of Meng on the debate in Canada have yet to be seen, but it likely will put more pressure on the federal government to implement the ban.

How does this impact Canada specifically?

Canadian officials may take it upon themselves to temporarily put trade missions on hold. Case in point: Sunday, the Government of British Columbia announced to would be suspending its trade mission to China “due to the international judicial process under way relating to a senior official at Huawei Technologies.”

The federal government has been trying to develop closer trading ties with China as the trading relationship with the United States has grown increasingly unpredictable. It is possible that this arrest will certainly inflict near-term face-saving collateral damage on the Chinese-Canadian trade relationship; the question is whether this will be long term and substantial.

There is also the broader trade war between the United States and China, which has global consequences. Should the arrest of Meng trigger more tension in the trade war, this could negatively impact the Chinese economy. So far, Chinese reaction has been restrained, but it is too early to tell what response they will give.

The extradition trial will likely take several months, at least. But how China reacts, both in the China-U.S. trade war and in relations with Canada, remains to be seen. Meanwhile, the conflict has already raised questions about the start of a “new Cold War” between Washington and Beijing, and the West and China – one that takes place in a world “where the two sides are closely tied, their economies interconnected and interdependent.”

• Opinion: The Liberal government and China hands missed the origin of the USMCA clause (Calgary Herald, December 1): This piece argues that, as Canada tries to engage with China on trade, it should work with others, like the U.S. and the European Union, to instead of working alone.

• Stockwell Day: Canada ignores expanding trade with China at its peril (Vancouver Sun, November 30): Day argues that more engagement with China is important, as is a sectoral approach to trade (i.e. focusing on agriculture non-tariff barriers only, then moving onto another sector).

• China prepares mission to land spacecraft on moon’s far side (Winnipeg Free Press, December 7): China launched a spacecraft to the moon Saturday – the first ever to try to land on the dark side of the moon.

• Globally, the biggest China trade story was the détente between the United States and China. Meeting at the G20 summit, Trump and Xi agreed to not levy tariffs on each other for the next 90 days, and to resume trade discussions.

• An op-ed in the Globe and Mail argued that, instead of a sectoral approach, Canada should work to add China to the recently signed Comprehensive and Progressive Agreement for Trans-Pacific Partnership.

• Editor’s note: at the Canada West Foundation, we think it would be great if China is part of the CPTPP, but we also think a sectoral approach is important.

• It’s not only the Americans and Europeans that have beef with China over intellectual property theft: South Korean prosecutors have charged that technology developed by Samsung over 6 years was illegally sold to Chinese companies.

• The director of CSIS, Canada’s national intelligence agency, used his first public speech to talk about the rise of state-sponsored espionage, “through technology such as next-generation 5G mobile networks.” This comes as there is increasing pressure on Canada to ban Huawei’s 5G infrastructure.

• Former prime minister Stephen Harper, talking on American TV channel Fox News, said that he supported the American campaign to persuade the Canadian federal government to ban the use of Huawei in telecommunications networks.

• An op-ed in the Globe and Mail argues that, when Canada is talking trade with China, it needs to make stamping out illicit imports of fentanyl from China as a top priority.

• According to Canadian export data, China imported more than $360 million worth of Canadian barley last year, 6 times the amount imported from Canada a decade ago.

• The Canadian Agri-Food Trade Alliance has called for an increased trade engagement with China, particularly by addressing non-tariff barrier issues in agri-food trade.

• Perhaps not a news story per se, but at the end of November a colleague and I had the opportunity to go to a conference held by the University of Alberta’s China Institute, called A Canadian Conversation: Climate Change, Clean Growth, and Energy Opportunities in China. (Hello to new readers I met there!) There were a lot of great takeaways, but the biggest was that, when it comes to clean tech in China, Canadian companies have the greatest opportunity in managing and regulating clean tech, as opposed to creating or commercializing it. 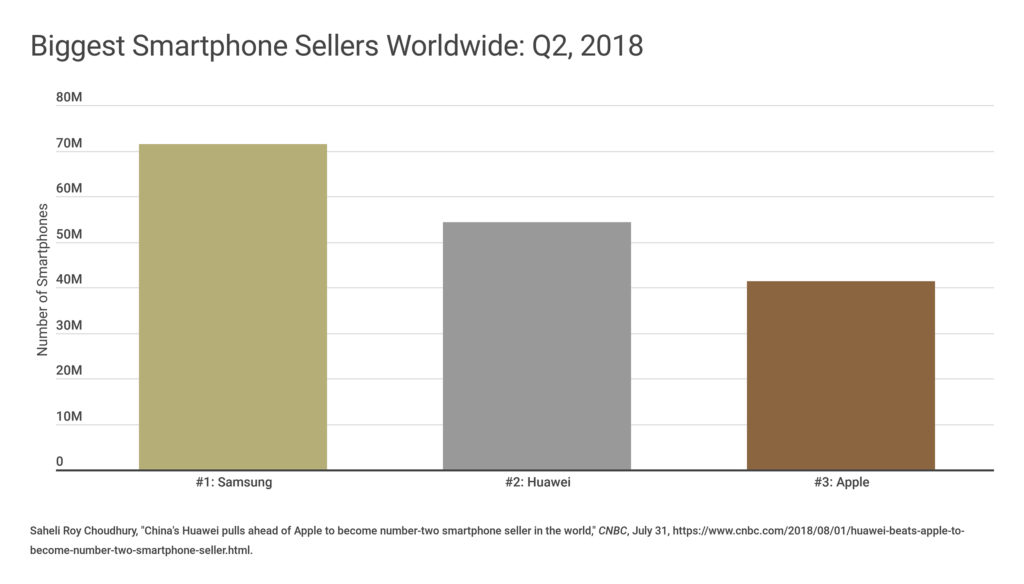 • In China, your car could be talking to the government (the Globe and Mail, November 30)