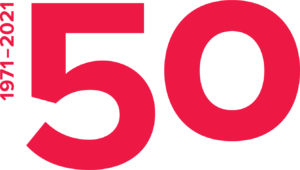 For Canada West Foundation, 2021 marks an exciting year as we celebrate our 50th anniversary. The pandemic may have changed the way we approached this milestone, but it has not diminished our enthusiasm. We have several exciting events and content planned throughout the year – and we invite you to be part of it. Watch this page for details.

The Our West project is a collection of stories highlighting the things – big and small, well known and lost to history – that make the West great.

The Potential for Geothermal Electricity in Western Canada

Potash Production on the Prairies: Saskatchewan’s Pot(ash) of Gold

Changing the Rules of the Game: Grain Policy and Western Canadian Agriculture

The Sprouting Plant-Based Ingredient Industry in the West

The Continuing Promise of the Last Best West

Canada is blessed with a creative, educated and thriving population, rich natural resources, beautiful landscapes, and industry – large and small – that provides a good living. To realize the full potential of Canada we seek strength in our diversity – to recognize and build upon the best in all provinces and regions.

Fifty years ago, the Canada West Foundation was established by thoughtful Canadians from across the West and across political perspectives. They shared a conviction that “the West had an even greater contribution to make to Confederation that would benefit Canada and Canadian unity,” as the Hon. James A. Richardson said at the time. Their goal was to amplify the West’s distinct voice, and in turn, help build a stronger Canada.

Dedicated Western Canadians – thinkers, doers, leaders and trailblazers – gathered, first at the historic One Prairie Province? A Question for Canada Conference in Lethbridge, AB in May 1970, then at a Calgary farmhouse a month later. There, the idea emerged for an entity that would become the Canada West Foundation one year later in 1971 – an organization to channel hopes, frustrations and ideas for the future into real-life policy recommendations to improve quality of life in the West.

In those 50 years the West has grown in population and wealth. Whole new industries have arisen that didn’t exist then. And the Canada West Foundation has been part of that great evolution.

WATCH: A Canada West Foundation 50th anniversary message from President and CEO Gary G. Mar: Together, we are better

Our work has gained the ear of premiers, prime ministers and other  politicians – of all political stripes; it has commanded the attention of business and community leaders; it has informed and engaged members of the public across the West and Canada, all the while providing  thoughtful, independent and useful research and advice on matters of public policy.

Today, the role of the West in Confederation is once again a pressing issue. For some, the country seems more divided along regional lines than ever before, within the West itself and Canada as a whole. But while some things may feel the same, the West has also changed dramatically over the past years.

As the Canada West Foundation marks our 50th anniversary, we will look back and look ahead at our:

Who we are, where do we live, where have we come from and where are we going? How will we prepare for the world and work of the future?

How do we earn our living? How have the drivers of our economy changed? And how will they change in the future. What are some of the major innovations that have and will create economic change?  Whole new industries have grown and matured during this time.

How has the role of the West changed in the federation? Where do we go from here?

The West in the world

We are exporters of ideas and products. How has the role of the West changed in the world?

Natural resources and agriculture continue to be strength upon which our economy is built – but the industries have changed, dramatically. The West feeds more people around the world, heats their homes, and drives their industries than it did 50 years ago, all while having less environmental impact.

For Indigenous People, changes for many have been profound – going from establishing rights to using them to generate prosperity. The next challenge is to bring along those who have been left behind and continue progress on greater self-determination.

We hope you will join us as we celebrate this anniversary, honour our past and roll up our sleeves for the future.

As always, thank you to our Canada West Foundation family and friends for your interest, engagement and support over these last 50 years. As a donor-supported non-profit charity, we couldn’t do what we do without you.

As we imagine and plan for what is next in the West, our shared purpose remains clear.

Together, we are better.