Power generation options come with different costs. Natural gas is the least expensive option. While natural gas should (and will) play a role in both Alberta’s and Saskatchewan’s strategies, both provinces are emphasizing a move toward technologies with zero emissions. The discussion in both provinces tends to centre on wind power as the lowest-cost, non-emitting solution. While this is understandable, one player has received less than its fair share of attention: hydro.

This analysis reveals that hydro is the lowest cost non-emitting generation option. While hydro has high upfront capital costs and is more expensive to build than natural gas, it has the longest lifespan and the lowest operating costs of all power generation options. Another advantage is that hydro produces reliable baseload electricity, making it a natural substitute for coal-fired generation. If the goal is to replace coal-fired generation with low-cost and reliable substitutes that reduce emissions, then hydro deserves consideration.

For Alberta and Saskatchewan, interprovincial hydro imports may be the most feasible option – in terms of both cost and time – to bring a substantial volume of hydro onto their grids by 2030. Despite the challenges associated with building linear infrastructure in this country, both provinces are well-situated to access hydro imports from B.C. and Manitoba.

Alberta and Saskatchewan should:

Create rules that do not disadvantage investment in hydroelectricity.

Get behind the idea of an integrated western electricity grid.

The federal government should: 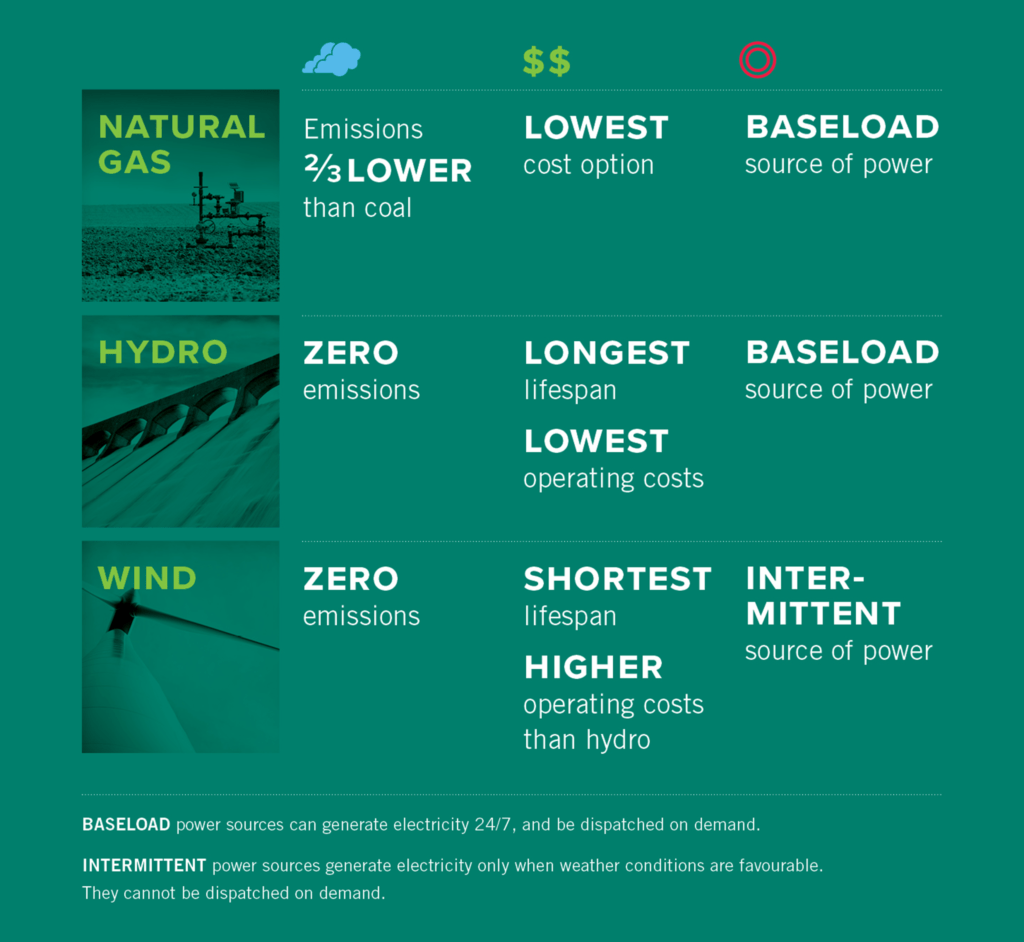