Despite its economic importance, the production of oil from the oil sands has significant social and environmental impacts and is viewed by much of the public – both at home and abroad – as dirty, a major contributor to global climate change and something that should be stopped. The impacts and the negative public opinion have translated into serious and costly legislative, regulatory and other public policy barriers to development, and growing concerns from global investors.

Supporters of development of the oil sands point out that Canada has some of the strongest policy and regulation on environmental and social issues in the world. And some oil sands companies have already made bold commitments that go beyond just regulatory requirements to convince regulators, investors, critics and the public that they are responsive to concerns. A few have stepped out of the pack by pledging to reduce their greenhouse gas emissions intensity and others have committed to net zero greenhouse gas emissions by 2050. However, these commitments have not always been received with the positive embrace that the companies might have hoped for. Critics point to increases in absolute emissions, the growing extent of tailings ponds and the oil sands’ overall footprint, and the lack of a concrete plan and milestones to demonstrate progress on these (and other) issues.

Part of the problem is that the sector lacks comprehensive, objective and credible data to be able to back up its performance claims. Also contributing to the problem is the fact that each oil sands company is mostly taking its own home-grown approach – and some of these approaches are less enlightened than others. As a result, the public doesn’t trust the oil sands industry to tell a credible and consistent story about its own performance.

The good news is that the oil sands sector is not the first to face this problem. Other industries in Canada have overcome similar challenges.

Over the past 30 years, a number of Canadian resource sectors, including chemicals, forestry, mining, electricity and agriculture, have had to deal with serious public trust issues. For some, the primary concerns related to the social and environmental impacts of their operations at local and regional levels. Others faced attacks and threats of boycotts in critical export markets due to their production methods. In some cases, the performance of their sector in other countries created a situation which required a domestic response. And some sectors faced all three types of challenges.

These targeted sectors learned that relying on Canada’s regulatory system and reputation as a defensive strategy was insufficient. 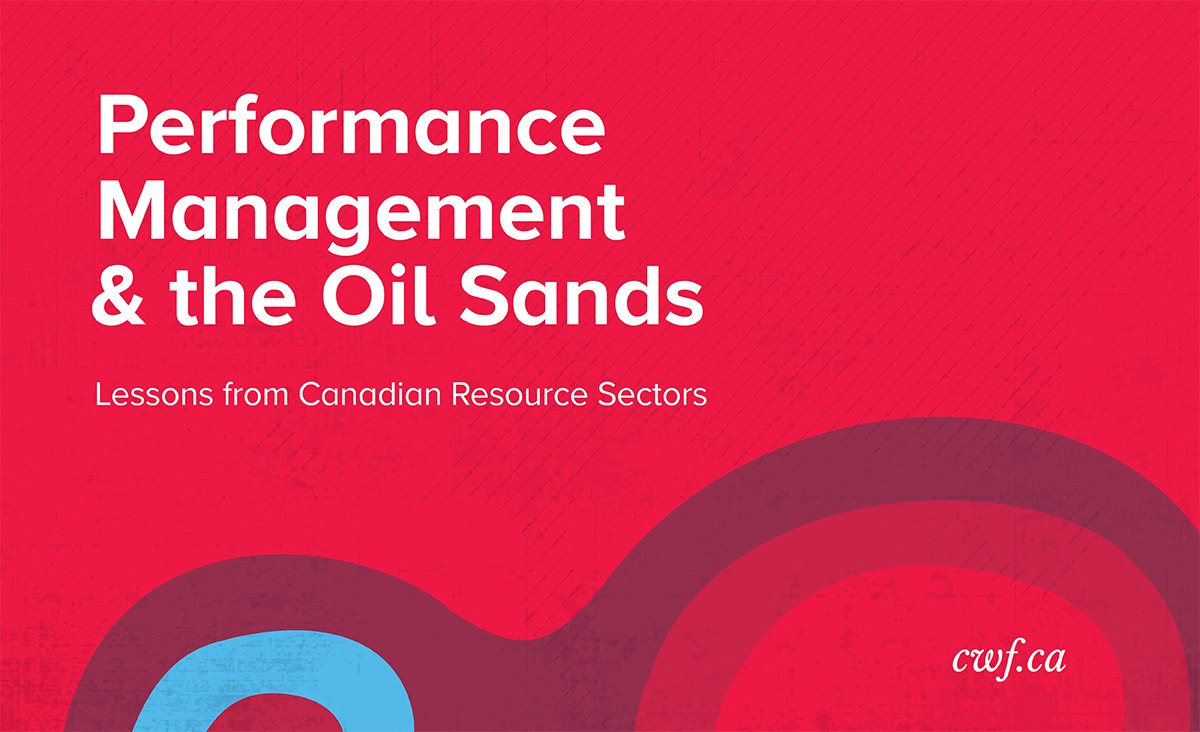 In response, these sectors have chosen to invest heavily in performance management programs – and to tackle the problems jointly across their sector rather than individually. They recognized that a failure by one company would affect the reputation of all companies working in the space and potentially subject all companies to increased scrutiny from regulators, investors and customers.

These performance management programs go beyond just reporting on Environmental, Social and Governance (ESG) metrics or self-determined measures of performance. They align the sector’s actions with statements of principles, and drive the sector to demonstrate continual improvement through independently-verified performance. This raises the bar for everyone in the sector and, perhaps most importantly, demonstrates that the sector is willing to address criticisms and public concerns collectively, in an open and transparent manner.

The performance management programs implemented by these sectors have not solved all problems. However, they generally reduce public push back and open doors for ongoing engagement with external parties before concerns become the basis of serious confrontation.


This report comes at a time when the Canadian oil sands companies are caught in a set of extreme global pressures the likes of which have not been seen previously, including the COVID-19 pandemic and the recent oil price war led by Saudi Arabia and Russia. At such a time, when much of the industry is fighting to survive, it may seem like the wrong time to be turning to performance improvement. But it’s just the opposite – it’s the precise time to take this action. Although current circumstances present unique difficulties, pressure by investors, the public and the government will continue to shape the course of the industry over the next decades.