Skip to pdf of report

Canada is a trading nation and trade agreements are vital to its economic survival. The North American Free Trade Agreement (NAFTA), especially with the U.S., is almost exclusively about maintaining, not growing, existing trade. For growth, Canada must look beyond the U.S. It cannot afford to let new trade opportunities, particularly in lucrative Asian markets, pass. Canada’s reticence on the signed, but unratified, Trans-Pacific Partnership (TPP) speaks volumes about the gap between this reality and our trade policy. 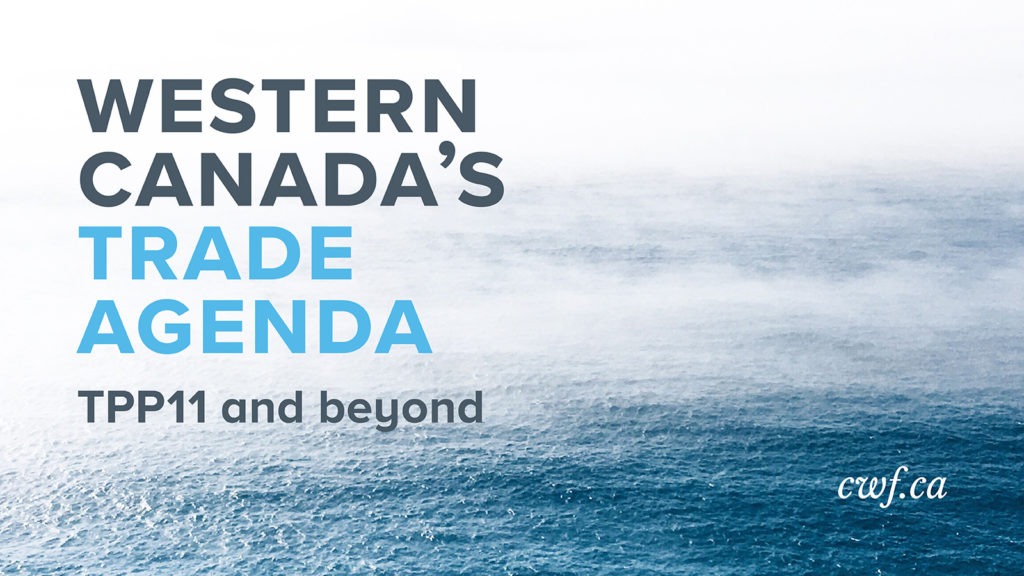 On June 1, 2017, the Canada West Foundation and the Asia Pacific Foundation of Canada brought together leading voices on trade to forge a list of trade priorities for western Canada and shape the country’s national trade agenda.* At the centre of the discussion were the potential gains for Canada in the TPP. The roundtable was driven by a recent Canada West Foundation report based on economic modelling by Dan Ciuriak, Jianliang Xiao and Ali Dadkhah, The Art of the Trade Deal: Quantifying the benefits of a TPP without the United States. The report demonstrated that a TPP agreement without the U.S. (a TPP11) would greatly benefit Canada. Western Canada would do particularly well under the deal. The lack of public awareness of this opportunity and the absence of advocacy for a TPP11 in western Canada and Ottawa made the discussions more urgent.

The roundtable was split into i) a presentation and discussion of the benefits and potential problems with a TPP11 agreement, and ii) where a TPP11 should fit into a list of Canadian trade priorities.

The consensus from the discussion was that:

01 The TPP11 should be a priority for Canada, alongside both the renegotiation of NAFTA and opening negotiations with China. Together, these negotiations should be the focus of government.

02 Since the TPP11 is already negotiated, there is a strong argument for the government to prioritize political capital on getting it ratified first, then focus on longer-term objectives like China.

03 There is a vacuum of TPP11 communication and advocacy from the government and an associated danger that the opportunities for Canada and the West could be lost if the case is not made forcefully to the Canadian public.

04 Ratification of the TPP11 by Mexico and Canada would enhance, not hinder, each country’s leverage in NAFTA negotiations. The TPP11 gives Canada and Mexico alternatives to ease their reliance on U.S. trade. Lack of U.S. participation in the TPP puts pressure on U.S. negotiators in the NAFTA talks.

05 Beyond the TPP11, government needs to articulate that Asia is its priority when it comes to growing its trade agenda.