IN THIS EDITION: Dominic Barton appears before the Special House Committee to start off extended hearings in Parliament, continued impacts of the coronavirus, and a drop in overall Canadian exports to China.

“We’re never going to be singing from the same hymn book.” – Canadian Ambassador to China Dominic Barton on Canada and China

On Wednesday, Dominic Barton, Canada’s ambassador to China, appeared before the Special Committee on Canada-China relations. His testimony was illustrative of what Canada is doing in the many contested areas of the relationship. This is the first major appearance before the China-Canada relations committee, which was created recently and will likely have more big names appear before it in the near future.

• Barton described his mandate, which he says has three key priorities and one caveat:

• Priority 3: deepen person-to-person relationships between Canada and China – in government, in business, in universities, etc.

• Caveat: that this be done keeping with “international rules and principles that provide predictability and security.”

• Engagement over hardline approach: Barton said that Canada needs to keep engaging with China in order to try to end the diplomatic spat. He rejected the hardline approach that some in Canada are advocating for.

• The “chill is real”:Barton described the deep levels of anger and frustration held on the Chinese and Canadian sides since the arrest of Huawei CFO Meng Wanzhou in December 2018.

• 176 Canadians that were in Wuhan who requested to be repatriated because of the coronavirus landed Friday at a military base in Ontario, where they will stay under quarantine for 14 days.

• There have been seven confirmed cases of the coronavirus in Canada – 3 in Ontario and 4 in British Columbia.

Which way with Huawei?

• Pressure is mounting on the federal government to decide on whether to allow the Chinese telecommunications company Huawei to participate in building Canada’s 5G network.

• The debate comes down to cost-benefit analysis vs. security concerns. Huawei has the best and cheapest 5G equipment on the market. At the same time, however, there are concerns that Huawei could be used to do the Chinese government’s bidding.

• What is already a difficult decision has been complicated by other factors:

• Canadian governments (mostly the federal government) has given Huawei millions in funding (largely through university research partnerships) to help develop and refine their 5G technology.

• Britain just announced that it will allow Huawei to be part of Britain’s 5G, but only on the periphery. This makes Canada the only country in the Five Eyes security alliance to not have made any decisions on how to proceed with Huawei.

• Lastly – but certainly not least – the arrest of Meng Wanzhou, the CFO of Huawei, is at the heart of the Canada-China relationship breakdown. Her arrest sparked the arrest of two Canadians, Michael Kovrig and Michael Spavor, in China. The Canadian government will have to take into account how their 5G decision will have an impact here.

In January, the US and China signed a phase one trade deal (see last China Brief for more details). Some analysts are arguing that Canada could see significant negative impacts from the deal, particularly agriculture.

China has committed to buying $200 billion more of additional US imports. Of the 25 categories of goods listed in the agreement that China has committed buying more of, 15 are exported by Canada to China in significant quantities – in 2017, they were 51 per cent of Canada’s total exports to China, worth $12 billion.

The Canada West Foundation trade team is completing an analysis of how the phase one agreement will impact Canada – stay tuned! 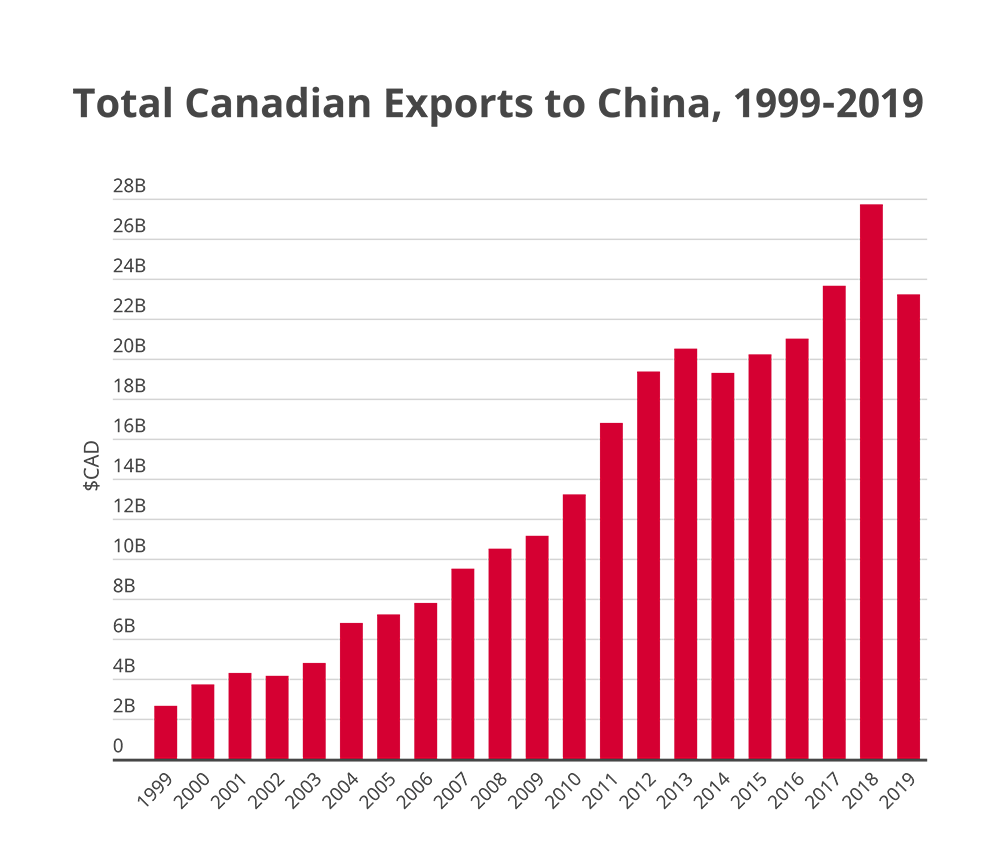 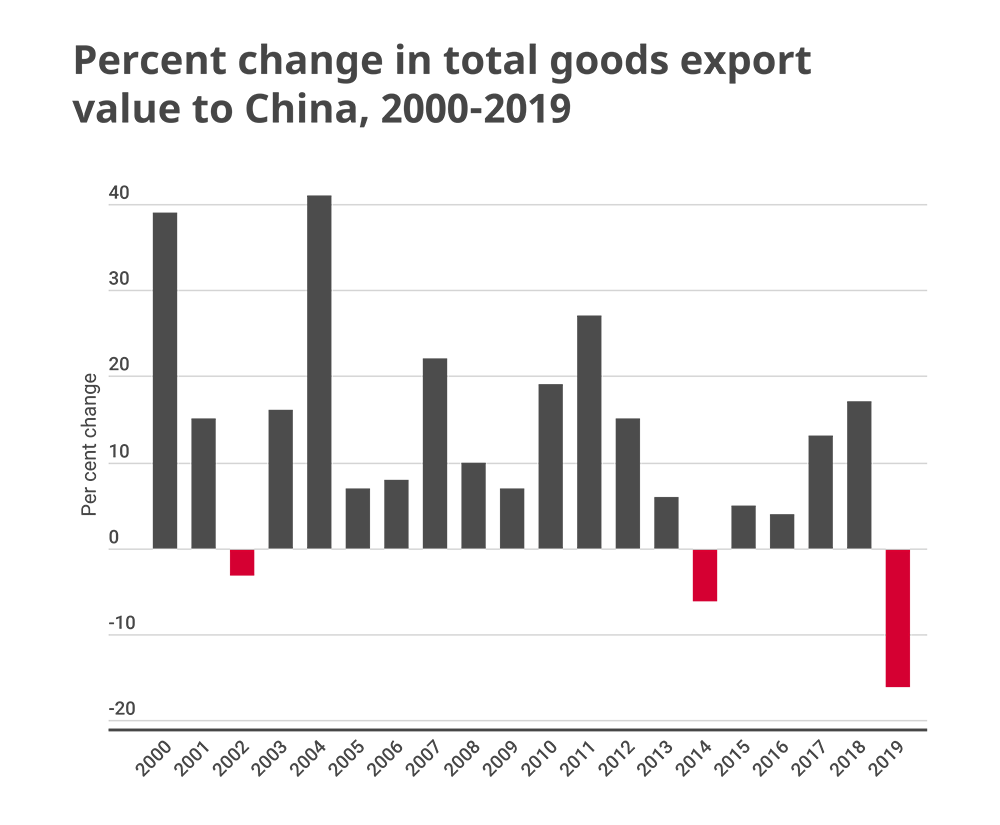 The Asia Pacific Foundation of Canada released what they’re calling a blueprint for a Canada-Asia strategy. Specifically, APF argues that Canada needs to demonstrate its autonomy (from the US), grow its reputation, ensure its security and continue economic development. Diversification in the area is key.

When it comes to China, they argue that “Canada can also engage with other regional ‘middle powers,’ many of which are looking to expand bilateral relations with other Asian countries to balance against U.S. and Chinese influence. Australia, Japan, New Zealand, and Singapore, in particular, are natural partners.”