Indigenous tourism has emerged in recent years as an industry with the power to change perspectives, and preserve culture, language, and community by providing Indigenous groups with “a platform to be the leading voice in reclaiming [their] space in history—both ancient and modern.” 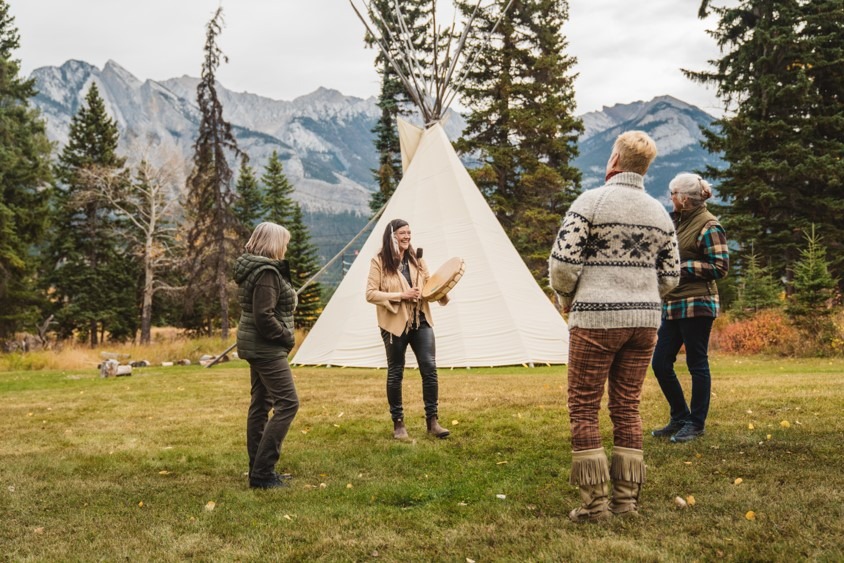 What is Indigenous tourism? 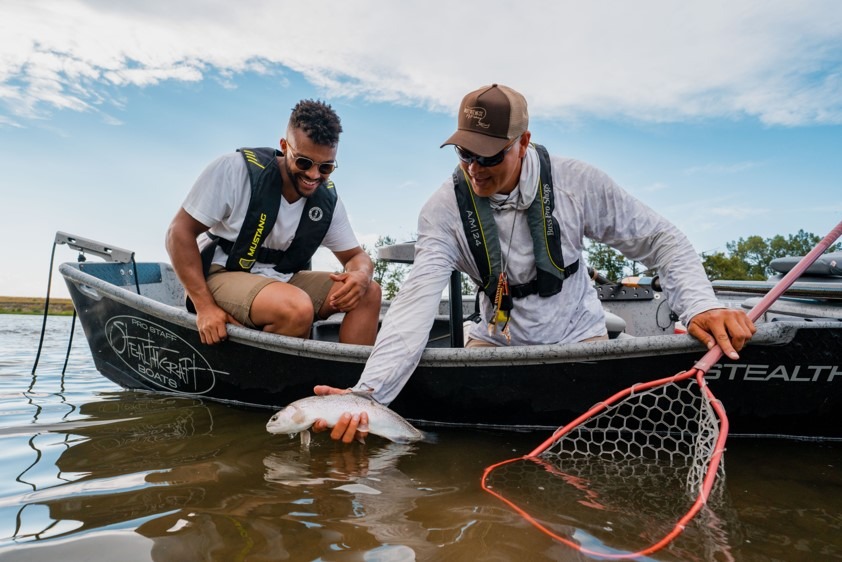 The Indigenous tourism sector offers a constellation of cultural experiences.  A closer look at businesses and attractions in operation across the West offers a snapshot of the diversity of each attraction.

Haida Enterprise Corp., owned by the Haida Nation offers guests an experience in cultural ecotourism unique to the rugged archipelago of Haida Gwaii just off the northwest coast of BC. From nature-watching experiences of whales, black bears and eagles, to the Ocean House – a floating cultural and natural experiential lodge – the Haida Nation welcomes visitors to immerse in an authentic introduction to their culture. [1]

In this 3,000-year-old Gitxsan village in west-central BC, Kispiox totem poles still stand. Raft trip with local guides, camp in the wilderness or stay at a luxury lodge. From fly fishing to learning how to smoke and process smoked salmon, the Kispiox Nation offers an authentic experience for visitors in BC’s wilderness. [2]

Located only minutes outside of downtown Calgary, AB and on the doorstep of the Rocky Mountains, the Grey Eagle Resort and Casino, owned by the Tsuut’ina Nation, has established itself as a high-caliber, 4-star resort. Grey Eagle offers first-class services and amenities, including meeting and convention space.  They even offered drive-in movies in the parking lot during Covid.

Located northeast of Edmonton, AB, Métis Crossing is home to Alberta’s first Métis cultural interpretive centre. From the Victoria Trail Voyageur Experience, to costumed interpreters and lessons in beaver trapping and Métis sash weaving, to tours of the former fur trade fort of the Victoria Settlement, the Métis Crossing offers an immersive experience that authentically represents the culture unique to Alberta’s Métis .

Pei Pei Chei Ow (pronounced “pe-pe-s-chew”) is a catering company based in Edmonton, AB that offers an authentic Indigenous culinary experience. Through their specialty dinners, educational events and food experiences – using both Western and traditional ingredients, Pei Pei Chei Ow examines the impact of colonialism on Indigenous food system and contemporary culture. In addition to elaborate and customized menus, a general catering menu is available year-round. 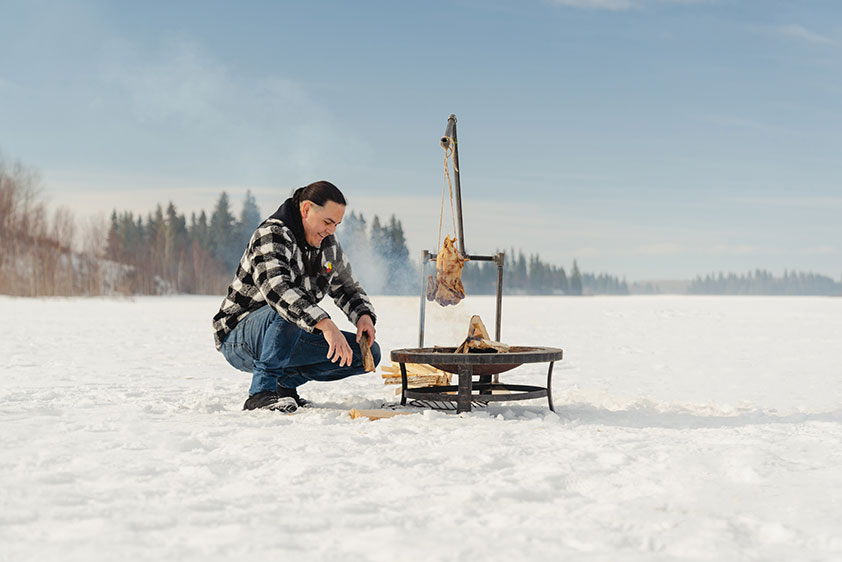 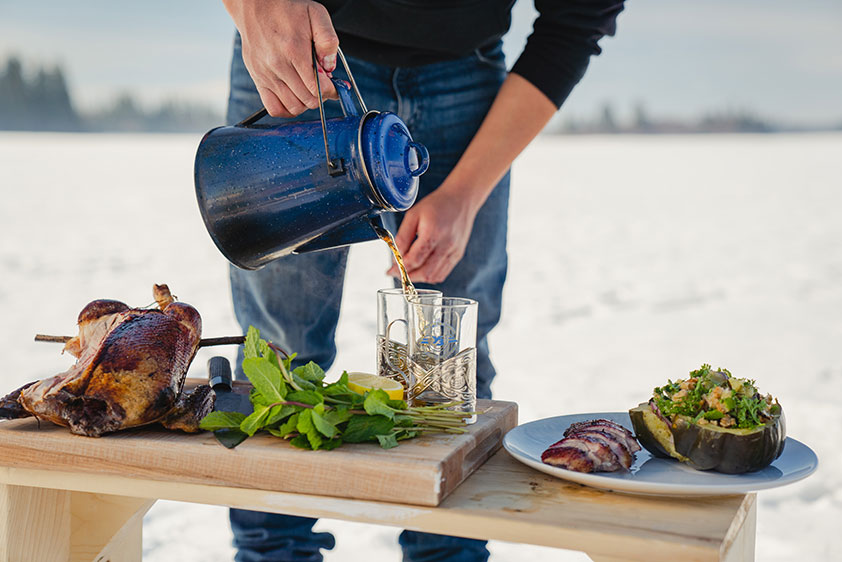 As one of the most notable Indigenous tourism sites in Saskatchewan, Wanuskewin Heritage Park, located just outside of Saskatoon, SK, showcases the unique and diverse cultures of the nomadic nations of the Northern Plains. As an active archeological site—the longest-running one in Canada – the park is located on land that is spiritually and culturally significant to the groups that gathered there as long as 6,000 years ago.

Some archaeological dig sites date back thousands of years making them older than the Egyptian pyramids; these sites provide clues to the daily existence of the early peoples. Tipi rings, stones cairns, pottery fragments, plant seeds, projectile points, egg shell fragments and animal bones all give evidence of active thriving societies. While some sites teach us about life thousands of years ago other sites like the ancient Medicine Wheel still remain shrouded in mystery.

The park underwent a $40-million renewal in 2019 and was recently named to the UNESCO World Heritage Tentative list, the first in Saskatchewan’s history.  In 2019, Wanuskewin was named “Top Indigenous Tourism Destination in Canada by the Tourism Industry Association of Canada. 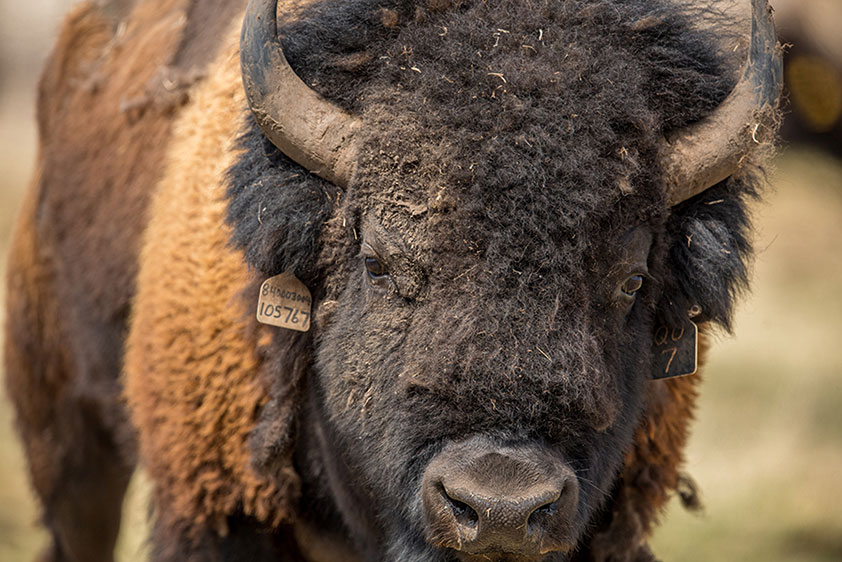 Wapusk Adventures is co-owned and operated by Dave Daley, an accomplished Métis musher, who offers an authentic northern dog sled experience—one built on a framework of Indigenous ancestry. In the winter the company offers dogsled tours and, in the summer—dog carting tours. 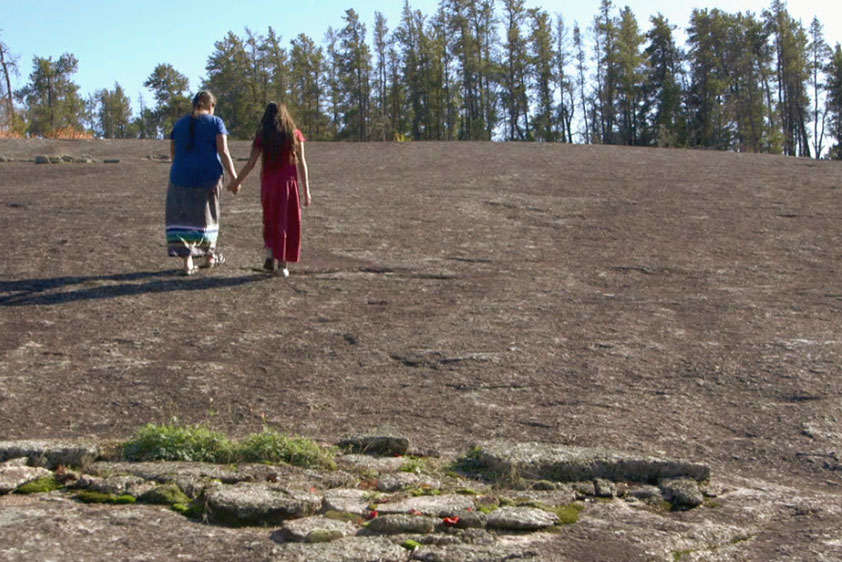 Photo: Diane Maytwayashing with her daughter at the Whiteshell Petroform site in central Manitoba where she conducts guided tours of the area.

The Powwow Trail, a series of powwows across the Western provinces, offer a colourful and authentic experience for visitors, highlighting Indigenous traditional celebrations – with a mixture of Western traditions like rodeos.