The Sprouting Plant-Based Ingredient Industry in the West

In the 1970s, consumers looking for an alternative to animal protein had a new option on the menu: soy protein. The plant derivative’s versatility allowed it to be used as an ingredient in many, food products, and it quickly became popular. Fifty years later, the plant ingredient industry has expanded to include processing pulses (peas, beans, and lentils) into their constituent elements to use as ingredients in new products. Surging global demand for plant-based ingredients for baby food, high-protein pasta, veggie burgers, and dairy-alternative beverages have carved out a new space in the agriculture and agri-food industry, one that complements the West’s robust agricultural sector. With a growing supply of quality raw material, strong plant and processing research, and increased processing and end product businesses, Western Canada is poised to become a world leader in the plant ingredient sector.

Consumer tastes are shifting as a younger generation that values a greater variety of protein choices increases its purchasing power and, with it, pushes demand for plant-based foods and ingredients.

As the world’s leading consumers of plant-based products, North Americans and Europeans are hungry for non-traditional sources of protein. Emerging markets are also part of the global shift toward plant-based products as countries like Brazil, India and Mexico—and their ever-growing middle classes—look for affordable protein options. Components of plants including protein, fibre and starch are being made into sustainable products such as beverages and meat alternatives, and, increasingly, incorporated into pet food, livestock and fish feed, pharmaceuticals and cosmetics.

In 2017, the demand for plant-based protein alone was valued at more than US$8 billion— and is projected to grow only more rapidly over the coming years. In Canada, sales of plant-based protein products rose seven per cent to more than C$1.5 billion in the 2016/17 fiscal year. Annual global sales of plant-based meat alternatives have grown an average of eight per cent since 2010, with projections forecasting that in 25 years, 20 per cent of protein consumption will be plant-based meat alternatives. By 2023, the market for alternative proteins, such as plant-based proteins, is expected to grow by 14% — at which point it will account for up to one-third of the growing global protein market. When it comes to plant-based dairy alternatives, the plant-based beverage market has grown approximately 33 per cent annually over the past five years — global revenue for these products is expected to reach US$34 billion in 2024.[1]

As global demand for all forms of protein grows, the plant-protein sector has opportunity to complement and diversify Western Canada’s already strong agricultural sector through globally sought-after value-added projects.

The Competitive Advantage of the Prairies

The Prairies have become the first choice for some of the world’s heaviest hitters in the food processing industry—an obvious choice given the competitive advantage the region collectively brings to the table.

First, the crops that are highest in demand are already grown on the Prairies in large volume. Pulses are not only profitable for farmers, but they also provide an excellent crop rotation option, are frost resistant, and suited to no-till and conservation tillage.  Pulse production is on the rise: in Alberta, dry pea acreage has increased from less than 10 thousand acres in 1975 to 1.4 million acres in 2021;[2] Saskatchewan grows about 95 per cent of Canadian lentils with 4.6 million tonnes of  produced in 2017—or slightly more than half of the world’s lentils in that year— and Manitoba leads the West’s production of soybeans. Western Canada is a leading producer and exporter of pulses worldwide, not to mention the role the region plays in canola and wheat production.

The Prairies also house a network of crop science and food processing-related research— leaders in both plant research as well as more efficient ways to extract protein from crops and create new ingredients from them.

The processing of value-added products right where they are grown—in the Prairies—is also more efficient. Unlike with many products, plant-based value-added products offer a long-shelf life with no refrigeration needed. Because of the characteristics of the ingredients themselves, it makes greater logistical and economic sense to do the value-added processing closer to the source materials rather than to ship bulk raw commodities to distant markets for processing.

Another advantage the Prairies offer is their proximity to the largest market for plant protein in the world—the United States. In 2015, North America was the biggest market for plant protein, accounting for 35 per cent of global demand. The United States alone consumes almost 200 kilotonnes of plant protein. The preferential access to this key trade market and the relatively short shipping distance to the U.S. market is a massive competitive advantage for the Prairies. [3] The Canadian Prairies also have good transportation and logistics infrastructure for moving higher-value, packaged non-bulk goods to markets, as well as trade agreements that grant easier access to the United States, Japan and the European Union. The combination of all of these factors makes a compelling case for the Prairies.

Plant-based protein ingredient leaders have recognized the Prairies’ competitive advantage. Roquette Food’s pea protein processing facility in Portage la Prairie, Man. signed supply contracts with Western Canadian farmers and began accepting shipments as of late 2020. Roquette isn’t the only food processor setting up shop in Manitoba: Nestle partnered with Merit Functional Foods and Burcon NutraScience to supply protein ingredients derived from peas and canola; the plant products are manufactured into food and beverages out of Winnipeg.  Lovely Made Ingredients, a subsidiary of the British-owned Meatless Farms, opened its new pea-processing facility in Calgary in March 2021. 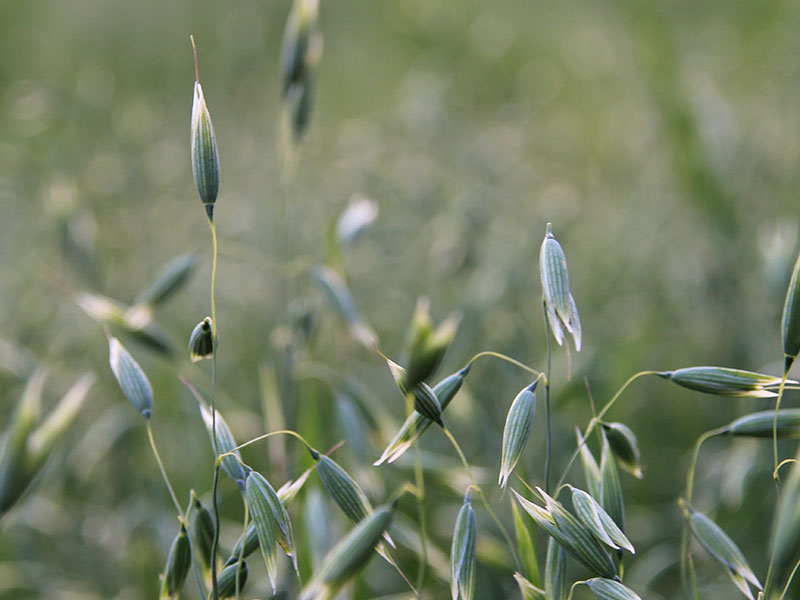 Oats’ bad rap as a boring breakfast food has been reinvented in recent years, as this traditional crop has been rebranded as a superfood with many health benefits. Now no longer regarded exclusively as a bland bowl of porridge or baking ingredient, oats have reappeared on the market in products such as oat milk, oat vodka and oat-based beauty products. Edmonton-based biotechnology company, Ceapro, has capitalized on the beauty factor. After investing $14 million into the development of a bioprocessing extraction facility in 2016, the Alberta company has expanded its oat extraction processes and marketing of oat-based ingredients to nutraceutical and pharmaceutical companies, supplying ingredients to personal care and cosmetic industries. Among their customers are Aveeno, Burt’s Bees and Neutrogena.

When it comes to French food, Portage la Prairie, a Manitoba town of 20,000, isn’t top of mind, despite its name. Yet with  France’s Roquette Foods plant-protein facility opening in Portage La Prairie at the end of 2020, the association rings true. As one of the world’s biggest pea producers at 30 per cent of global production, Western Canada was chosen for the food processing company’s newest plant. Pea protein has grown in demand over the past few years.

The Roquette plant will process yellow peas into powdered fibres, proteins and starches—plant products with applications in pharma, nutrition and food sectors. The plant in Portage la Prairie started accepting shipments of yellow peas in November 2020—at capacity it will process 125,000 megatonnes of yellow peas annually. Roquette’s investment of $600 million of its own funds for the construction of the Portage plant will be instrumental in defining Western Canada’s role in the pea protein industry.

Already, close to 40 per cent of Canadians are actively trying to incorporate plant-protein based foods into their diet, and the number is set to continue to rise as new plant-based products make their way onto shelves.[4] As tastes change and industries pivot to meet demand, the way Western Canada approaches the agricultural industry from a policy standpoint must adapt too. Specialized training, new infrastructure and updated legislation for regulation of plant-based ingredient quality control — are all required.