Canada’s advantage over the United States in Japan from the Comprehensive and Progressive Agreement for Trans-Pacific Partnership (CPTPP) lasted a whole 13 months. The CPTPP offered Canada significant opportunities to increase and diversify exports to Japan. However, those opportunities narrowed when the U.S. struck a partial trade agreement with Japan in October 2019. This is expected to erode advantages that Canada had briefly enjoyed over the U.S. in the Japanese market when the agreement came into effect January 2020. Canada needs to move more quickly.

There are still opportunities – both obvious and non-obvious – for Canada in Japan. But the time to pursue those is limited. The U.S. will eventually expand its partial agreement with Japan and further erode one of the most significant advantages that the CPTPP gives Canada in Japan – tariff and non-tariff advantages over American exporters. As seen throughout 2019, the trade world is changing quickly; if Canada is to take advantage of the hard-won gains from agreements, it must act fast. 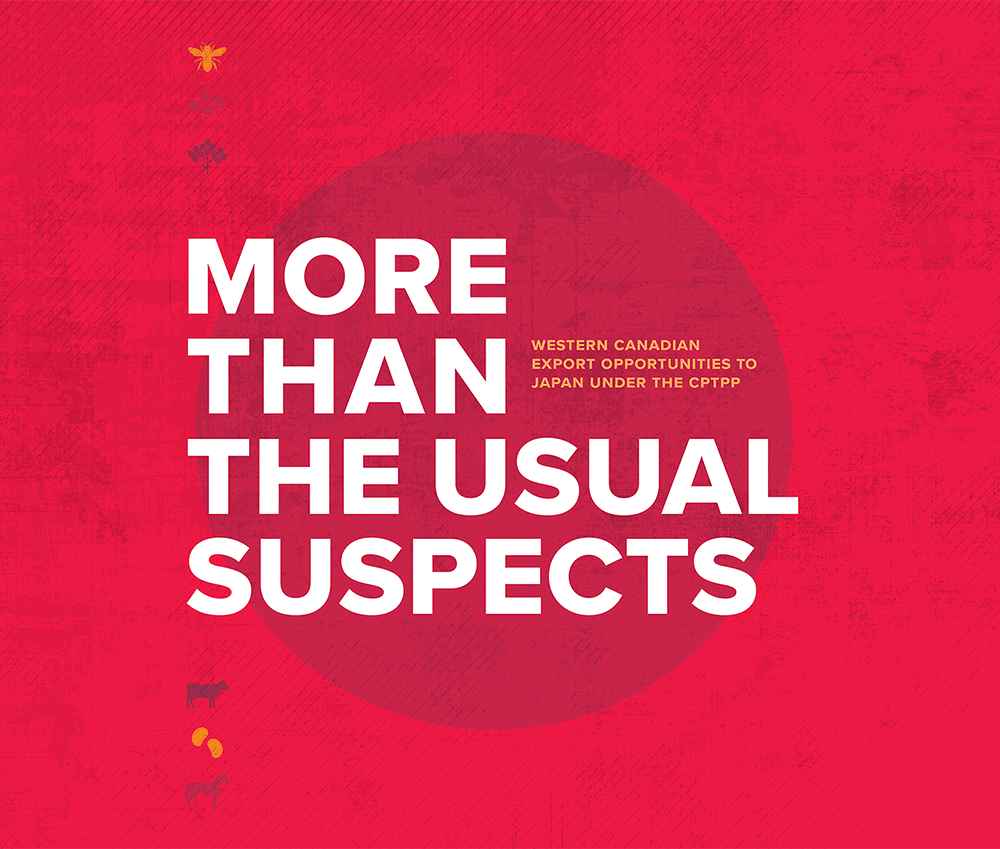 Early identification and pursuit of opportunities including proactive efforts by Canada’s federal and provincial Export Promotion Agencies (EPAs) is critical. This report demonstrates how these opportunities can be identified (even before agreements are signed) so that EPAs can target firms with high potential products to get in front of competitors to win market share.

This report, and more importantly the online results that accompany it, identifies opportunities in Japan created by the CPTPP at a product level of specificity that is not typically available – Harmonized Commodity Description and Coding System (HS6 code level). The report also goes beyond traditional trade agreement modelling to identify the total contestable market share for these items. This is the total potential market share that the agreement makes available to all CPTPP members with Japan, not just the portion that Canadian firms would be expected to achieve based on past performance.

But the real opportunity for growing and diversifying exports lies beyond the usual suspects – with the less traded, less obvious and often overlooked opportunities. These are items that are currently not significantly exported to Japan but are expected to grow under the new trade agreement. These less-traded products include dried shelled adzuki beans, dried shelled peas, natural honey, frozen beef tongues, live horses and canola oil. For example, under the North American Free Trade Agreement (NAFTA), products in the less-traded category between Canada and Mexico grew to 30% from 10% of total trade over the first 10 years of the agreement. That growth, however, was slow and haphazard. If these products under agreements like the CPTPP can be identified early on, their growth can be accelerated, and EPA resources can be put to better use. Together, the less-traded exports identified in this report account for approximately US$458 million in Canadian export growth potential with Japan.

Finally, this report examines how the recent U.S.- Japan trade agreement announced in the fall of 2019 will impact Canada’s export position with Japan under the CPTPP.

By diving deeper, this report goes beyond the large wins for goods that were already well traded and where exporters knew the market and were prepared for the agreement. These modelling results identify opportunities which lie in less obvious sectors, which are generally smaller. The cost-benefit for EPAs and businesses in pursuing these opportunities will be smaller, especially to start. It will require a rethinking and retooling of export promotion services toward greater efficiency. Including these kinds of modelling results in new online digital tools to reduce the transaction costs of realizing these opportunities is one way to do this.

The full database with this report is available to researchers by contacting Carlo Dade or Sharon Zhengyang Sun.